How Ragnarok Online Taught Me the Grind of Life

I rediscovered a creative writing assignment on my computer recently that I wrote several years back. I hope you enjoy the piece as much as I did just now.

If you saw me five to ten years ago, you were probably wondering “What in the world is he playing all day?” The answer would be Ragnarok Online, more commonly known as RO. For those who don’t know about the game, RO is a Korean massive multiplayer online role-playing game (MMORPG) created by a company called Gravity. If this area is still unfamiliar territory, think of RO as today’s equivalent of World of Warcraft.

RO was among the first MMORPGs and upon its release, garnered such an enormous user base that every city would be packed. Players would literally swarm the training grounds. At one point, every map seemed like it had more players than monsters. The game just gave off this feeling of adventure, excitement, and community that was inconceivable. Everyone knew each other or knew someone that knew them. The whole concept was foreign to the 10-year old me. Ragnarok Online was more than a game; in my mind it was larger than life.

The first character I made was an acolyte, the equivalent to a doctor or healer. I actually chose this class because RO had this unique concept where healers could “Heal Bomb” undead monsters to level up more quickly. But, what I did not realize was that it would be short-lived. After a certain point, I started to hit a brick wall and was progressing at a snail’s pace. I realized right then and there that my capabilities were limited. RO was actually notorious for being very difficult to level up so starting over was out of the question. As a result, I reluctantly looked to find my first in-game party and that was when I met a thief class named pkpk.

pkpk was a peculiar man. He would always tell witty jokes and had this uncanny way of being an absolute troll. He would party with me and “mistakenly” press his hotkey to use an item called ‘Fly Wing’ (an item that teleports a user randomly in a map) multiple times. I had to rely on pkpk to do all the heavy lifting. As unsafe as it may seem, he was the damage dealer while I played the supporting role. Before we knew it, we became like two peas in a pod. We would login every morning or afternoon with the feeling of exhilaration of who could find the best items, level up, and finish quests quicker. We would explore the dungeons of Payon, get lost in the deserts of Morroc, and when we felt rebellious and tough, cower in the dark churchyards of Glast Heim. But above all else, we played to our heart’s content, together, deciphering the mystery that was the world of Ragnarok Online.

Time and time again, I would sit back and enjoy the visuals. RO just had this unique appeal to its graphics that was simply aesthetically pleasing. The background music on the other hand was out of the world. The game play just had this perfect mixture of fun, adventure, and creativity. And finding a rare item in RO was so satisfying that it felt like the equivalent of picking up a diamond ring in real life. The cities were lively too. The open market in the cities particularly Prontera, were to die for. There would be layers upon layers of vendors selling items as small as potions to highly prized rare items at digits too many to list. The game was just exploding with creativity and adventure.

Once pkpk and I became a rogue and a priest, respectively, the monsters in turn got harder. We could no longer run head-on into monsters. We now had to play smarter and join larger parties or face the consequences. In a party, my role was rather straight forward as the healer. However, pkpk’s job was to be the bait. He would lure mobs of monsters to our party of up to eight, generally consisting of wizards and hunters, and teleport out. Never would I have thought his “accidental Fly Wing pressing capabilities” would come in handy.

Not before long, pkpk and I began climbing the rankings. As one adventure led to another, overtime, we managed to demystify what was Ragnarok Online. We now knew the monsters in every destination like the back of our hands. We even knew the best leveling zones for each respective level and class. Rare items were no exception. The monsters in Glast Heim that once slaughtered us in 1-hit now became trivial. pkpk was now a full-fledged stalker class and I, a high priest. We managed to reach the highest job promotions possible for our respective classes. We were now becoming well-known. Top guilds wanted us.

However, being the defiant boys we were, we rejected the offers and formed our own guild. We named our guild, Visual Chaos, whatever that meant. We thought we were so cool, so clever, so exclusive, and not to say, so elite. When we began using Ventrilo to communicate in-game through our microphones, pkpk’s trolling and quirky humor reached new extremes. He would weasel his way into other guilds” Ventrilo channels and start wreaking havoc. Not before long, he gained a reputation for being an in-game pervert too. Every other week or so he would also alternate wearing the ‘Annoyed Mask,’ ‘Alarm Mask,’ and his most favorite, ‘Hahoe Mask’ (don”t forget to hover over the images) to purposely be an eye-sore. He would toy around in PvP (Player vs Player) with trickery and pester people into dueling him. War of Emperium, the equivalent to guild wars, on the other hand was the greatest. We would raid castles and form alliances pitted against the biggest guilds. Again, we thought we were so cool and elite and somehow in the same breathe, even underdogs. Looking back, I can’t help but grin then chuckle. Occasionally, I get nostalgic and visit the game. Time and time again, I’ll try to relive my experience but to no avail.

To me, Ragnarok Online was larger than life. It taught me about the open markets and economy, having a position of power, greed, my weaknesses, teamwork, finances, exploration, philosophy, and the grind of life and more. But most importantly, the game taught me that life is a long journey. So why not make some friends and have some fun on the way? Ragnarok Online was more than a game. It was my escape and for the most part, my childhood.

Don't ever forget your sense of purpose and who you are. Have fun in the process and crack a joke every now and then. The thrill of life is the journey and what you make of it. There will definitely be a lot of highs and lows, but those emotions are temporary if you put in the work. I promise you that reaching your end goal will be gratifying like in the movies so strive to be great and do good in the world. Everything else will follow. :,) 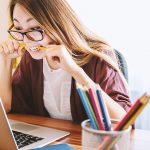 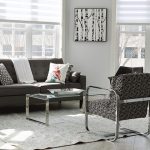 What is Renters Insurance and Why You Should Have It

4 Life Quotes or Mottos I Try to Live By

4 Productivity Apps I Can’t Live Without