A Quick Look at The History of Money Transfer

Today, money is transferred around the globe at a rate that’s the equivalent of 1/100th of the speed of light. That’s how fast electronic information flows through cable systems.

Note that fiber optics are faster. They transfer information at about 30% of the speed of light. The latter is 186,000 miles per second through the vacuum of space.

But humankind didn’t wait around for the invention of electricity to transfer wealth.

The historical era that people began making what might be called a “money transfer” without any actual currency moving from a Location A to a Location B dates back at least 1,200 years.

In the 8th Century, it was a system known as “hawala.”

Hawala is the Arab word for “transfer.” The first recognizable long-distance hawala system was used across a vast area of South Asia. It was employed primarily by traders located along the legendary Silk Road that ran between points across the Middle East to where the Silk Road terminated in Chang’an, China.

Back then, it was not money that was used as the financial vehicle to represent wealth, but actual goods and commodities.

To make a transfer of wealth, a merchant located in, say, Damascus, would send a message to a trader in Kabul. The message might say he was holding 100 libras of spice in exchange for 100 bolts of fabrics. The Kabul trader might, in turn, make a new deal further down the road with someone in Punjab using the wealth represented by his spice-fabric transaction.

In effect, this was a viable system of wealth transfer and “money flow” circulating across the ancient world.

When coins were invented to serve as symbolic representations for commodities, trading became far more fluid and more easily facilitated. The first coins were minted in the kingdom of Lydia in 600 B.C. The Chinese took up the use of paper currency during the Tang Dynasty which reigned from 618 to 907 A.D.

Paper currency did not make its appearance in the Western World until Sweden issued the first legal tender notes in 1661.

Interestingly, while coins and paper money facilitated the transfer of wealth locally, using it on a global scale still meant employing the centuries-old hawala system.

It was the demand of 19th and 20th Century trade that drove an urgent need among international traders to find new ways to transfer money securely and accurately over long distances. The invention of devices that could harness electricity proved to be not just a solution provider but a game-changer.

When the telegraph was invented in 1837, the means to communicate remotely at lightning speed meant the ancient hawala system could take on a whole new dimension of capability.

In 1851, Western Union was established as a company in Rochester, New York. By the year 1871, this firm worked out a method for a money transfer service employing the telegraph system. It can be argued this new capability changed the world in a profound way — perhaps similar to the way the internet ushered in a whole new era for our global society.

Initially, Western Union wired money between New York City, Boston, and Chicago. But it took only until the end of that first year to establish the system nationally. The United States was now fully connected by the activity of financial remittances.

Soon after, Western Union developed a system to transfer funds internationally. The company continued to innovate, issuing the first consumer credit card in 1914. It has continued to roll out advances ever since. 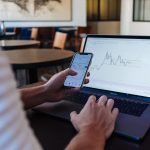 What Are the Different Types of Investment Opportunities Available