What Happens When Crypto Forks?

How do forks affect the cryptocurrency rate?

Blockchains are decentralized networks that operate by users (called miners) who validate blocks of information as they are published to the network. As long as miners can agree that blocks of information are valid according to the rules of the network (the protocol), they can be added to the blockchain. When these rules are updated, they result in a “fork” in the blockchain.

There are two different types of cryptocurrency forks – hard and soft. They have important differences that can have dramatically different results when they happen.

Hard forks get their name because they are the most extreme type of forking. They take place when a big update to the blockchain rules happens. These new rules make previous transactions on the blockchain either valid or invalid. Thus, all users on the network need to update to the new rules at the same time. Hard forks can lead to the creation of new cryptocurrencies.

Some examples of Bitcoin blockchain’s hard forks include Bitcoin Cash and Litecoin. Ethereum had a hard fork of its blockchain very early in its development that led to Ethereum Classic.

Soft forks are also the result of protocol updates to a decentralized blockchain. However, the main difference is that the new rules are backward compatible with the old ones. Therefore, some users can update to the new protocol to gain some benefits, but it doesn’t stop those running older versions from continuing to use the network. These are typically much smoother and less risky than hard forks.

SegWit was a famous Bitcoin soft fork. It featured optimizations to the Bitcoin protocol, such as improving block size limit and mitigating the problems related to scalability. These optimizations were backward compatible with the old rules, so it didn’t lead to a split in the cryptocurrency.

Who is doing forks and why?

There are a variety of reasons why some users may want to fork a blockchain. The most common is to update with new features. Blockchain technology is still under development, and people are coming up with exciting ideas to improve it all the time. They want to add these new technologies to their favorite networks through forks of the blockchain. This is what happened with the SegWit forks. Ethereum has had many forks to its blockchain as well to fix bugs, add security features, remove vulnerabilities and improve network interoperability.

Another reason is ethical issues. If a group of users on the network disagrees with how it’s being run, they can fork the blockchain to enforce their own rules (see the Ethereum Classic fork below).

Other reasons for forking include miners looking for an increased opportunity to earn, speculators who get the opportunity to profit from the high volatility and liquidity of the new currency, and users who need currencies for “grey” transactions.

How does this affect cryptocurrency rates?

The most famous forks

Bitcoin Cash was the result of a hard fork of the Bitcoin blockchain in 2017. Some Bitcoin users decided Bitcoin transactions were too expensive and wanted to alter the Bitcoin protocol to allow more transactions on the network. Not all Bitcoin users wanted these changes as they came with some centralization trade-offs. So, one group of users updated the rules anyway. The new Bitcoin Cash transactions looked invalid to all the people using the original version. So, the network split into two effectively: the original Bitcoin blockchain and the new Bitcoin Cash blockchain. This was one of the most famous cryptocurrency hard forks ever.

Litecoin is a famous early fork of the Bitcoin blockchain that made the currency faster and more accessible to people. The algorithms it used were incompatible with Bitcoin, so Litecoin was a hard fork.

Early in Ethereum’s development, the organization launching it was hacked, and millions of dollars worth of funds were stolen. In response, the organizers effectively erased the stolen transactions from the history of the blockchain to recover them. Many didn’t like this and thought reversing history was against the principles of blockchain. They forked the Ethereum blockchain to keep its original transaction history, including the stolen funds.

How to get benefits from forks?

One of the easiest ways to benefit from a fork is to own the cryptocurrency before the fork. As long as the fork goes OK, you’ll own cryptocurrency on both networks. For example, if you owned 1 BTC before the Bitcoin Cash fork, you would now own 1 BTC and 1 BCH without doing anything.

If you’re more risk-averse, you can remove yourself from the volatility of a fork by swapping to a different cryptocurrency while the fork is happening. Then, after the fork is successful, and it’s clear what branch of the fork has become dominant, you can buy back in safely.

Forks are an integral part of the cryptocurrency world. They are how decentralized technology and communities develop and split apart from each other. Forks are always an exciting time, where whole new blockchains can be created from nothing. Keep an eye out for the forks coming to your favorite blockchains. If you’re not prepared, you may get caught off guard. 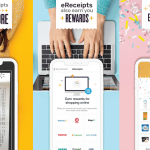 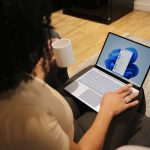 5 Ways A Workforce Management Software Can Help Your Company

Best Way To Stake Your Cryptos Safely In 2023