What Will a Society That Is Entirely Decentralized Look Like?

For a long time, the story of decentralization has been told in the corners of the internet. There have been hints that this could be the world's future. Globalization has brought most countries throughout the world closer together. Oddly, certain aspects are entirely under the control of the government. The proponents of a better online system have ensured that data is collected on a large scale for public consumption. This could lead to some field decentralization. Let's find out more about it.

What is the appearance of a decentralized web?

The decentralized web functions similarly to any other system, but it lacks any central operators. Desktop communication evolved in the early days of the World Wide Web, allowing you to stay in touch with your pals for as long as you wanted. When more giant corporations such as Google, Microsoft, and Facebook attempted to connect people, the changes gradually emerged. Laptops are no longer thought of as a single device that can connect you to the internet. It has evolved into a system that allows users to accomplish whatever they want while in the cloud. This is where decentralization gets into the picture.

The system becomes centralized once an intermediary cloud enters the picture. Regulatory bodies can snoop on messages at any time. The web's decentralization will allow for exchanging communications and information without fear of competition from other businesses.

What exactly do you mean when you say “decentralized money”?

This is where the government authorities are confronted with a dilemma. Several components can assist organizations such as banks in dealing with the public's currency. Imagine a situation in which every spending you make is linked to your bank account, and there is a record of how you spent the money. The government can keep an eye on all the transactions in this manner.

In the network system, the mode of blockchain and cryptocurrency has triggered decentralization. You must have a basic understanding of cryptocurrency. There are some circumstances in which you may be forced to spend money without informing the authorities. This may appear sketchy, but there are occasions when you don't want to leave a trail of your purchases. In this instance, cryptocurrency can assist in maintaining the user's anonymity.

However, these have far-reaching consequences for the social order. The monetary assets that are so important in the centralized system are what keeps society running. There may be anarchy if there is no form or record of who spent the money and where it was spent.

Other points of perspective

Some experts who support decentralization have stated that even if decentralization is implemented, nothing will change. They concentrate on the potential for enhanced privacy if the web and currency are entirely decentralized. Most passwords will be obsolete because everyone will have their unique place in each part. The bitcoin concept may be ideal for those who are hesitant to carry their money with them everywhere. Virtual assets are currently seen as critical in all fields. These are some of the arguments given by proponents of decentralization.

Amortization may hold promise for the future, but it cannot be regarded in today's environment when the societal ramifications are that the affluent become richer and the poor get poorer. As the situation improves, the entire scenario can be improved upon! 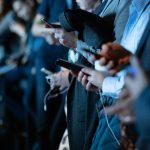 Do Blockchain Startups have CSR? 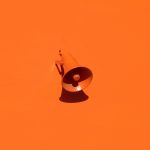