Reasons Why Bitcoin is Illegal in Some Countries

Cryptocurrency has provided its users with a great deal of convenience, providing them with many benefits that fiat money does not. It does, however, have flaws. As a result, bitcoin and other cryptocurrencies are not generally accepted in some nations, while others have outright banned them. Bitcoin transactions are encrypted, and while they may be traced by people involved, they provide a mechanism to keep money and transactions hidden from authorities and third parties in general. However, as appealing as this may appear, it has a drawback “There's a chance it'll be used to finance nefarious activities like terrorism. Another concern is that it can be used as a means of evading capital regulations “Charlie Hayer, CEO of Crypto Compare, a cryptocurrency data analysis organization, believes that. The outright prohibition of cryptocurrencies primarily occurred in 2017-18. However, since 2009, there have been problems concerning cryptocurrency regulation. As a result, the purpose of this article is to explain why governments have outlawed bitcoin in their territories.

Following a series of limitations on cryptocurrency exchanges over the previous few months, Turkey's central bank imposed a ban on cryptocurrency payments on April 16, 2021. The lack of regulation and centralized authority for the coins were listed as reasons for the ban. They see this as a danger to investors who will be unable to recover their losses.

In South Korea, cryptocurrency is legal. The country, on the other hand, began 2021 by prohibiting the use of privacy coins such as zcash (ZEC) and monero (XMR). From March 21, the government has ordered that crypto exchanges in the nation delist the currency. Cybercrime syndicates and money laundering are the reasons for the prohibition. As a result, the South Korean government sees privacy coins as a barrier to law enforcement.

The world's biggest number of Bitcoin miners was once found in China. The ban on cryptocurrencies was ostensibly imposed by the Chinese government to lower power prices and carbon emissions related to cryptocurrency transactions. Officials in China have frequently warned their citizens to stay away from the virtual currency market, and they have cracked down hard on mining and currency exchanges in the nation and abroad.

The Central Bank of Nigeria (CBN) issued a circular to banks and other financial institutions on February 5, 2021, prohibiting cryptocurrency transactions and facilitating payment for cryptocurrency exchanges. The CBN also urged all banks and other financial institutions to identify and shut the accounts of persons or businesses that transact in bitcoin or run cryptocurrency exchanges. They cited the fact that cryptocurrency transactions were unregulated and prone to financial crimes as the reason. They alluded to the well-known Hushpuppi Fraud case, claiming that illicit gains from his defrauding activities were changed to bitcoin, making it untraceable. As a result, thieves may find it incredibly straightforward to mask their financial crimes utilizing cryptocurrencies.

The primary Islamic legislator in Egypt, Dar al-Ifta, issued a religious decision in 2018 declaring bitcoin commercial transactions to be haram (prohibited under Islamic law). Cryptocurrencies, according to Dar al-Ifta, might jeopardize national security and central banking institutions, as well as be used to finance terrorism and terrorist activities. Although this declaration is not legally enforceable, Egypt's banking regulations were modified in September 2020 to make it illegal to trade or promote cryptocurrency without a Central Bank license.

Cryptocurrencies have been prohibited in Bangladesh since 2017. Bitcoin transactions have been discouraged by the central bank. These are illegal, as stated. As a result, trading with anonymous individuals may violate the country's Anti-Money Laundering Act. To avoid financial and legal harm, residents were encouraged to “refrain from conducting, assisting, and advertising any type of transaction using virtual currencies like Bitcoin.” Qatar also issued a warning to banks in 2018 about cryptocurrency trading. “Do not deal with Bitcoin, swap it for another currency, open an account to deal with it, or send or receive any money transfers to buy or sell this currency,” the government told banks. Those who were apprehended were warned that they would be subjected to punishment.

Summarily, the major reason why a lot of countries that have banned crypto did so, is because of their fear of crimes and nefarious activities such as fraud and money laundering. These reasons are valid, however, an outright ban might not be the best way to deal with this issue. Instead, concrete regulations can be made to deal with this issue. Crypto is here to stay. We might as well make it worthwhile by utilizing it to its very best at the virtual crypto platform. 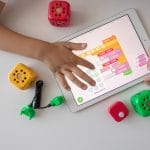 BusyKid vs Greenlight vs Chase First Comparison: Which Kid’s Budgeting App to Pick? 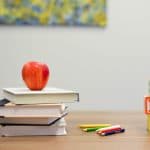 How to Add Money to Greenlight Card – Step-by-Step Guide