Some people might think that crime would have naturally decreased in the past few years. When many people lived under pandemic-related restrictions, the opportunity for real-world crime decreased. Yet this meant online crime exploded. Evidence from the United Kingdom showed that fraud and online theft rose 47% there in 2021.

Many of the people who were previously resistant to using online services were forced to sign up because of the unavailability of in-person resources. This meant the people who were the least tech-savvy were now coming online in their masses and unable to distinguish between verified services and fraudulent copycats. It’s unsurprising there was such a rise in online scams with this surge.

As technologies such as the blockchain become more popular, it raises the question: Can regulators keep up?

We’ve all seen the old films of the complex systems criminal organizations used to need to rely on to hide the cash their operations generated. This all stemmed from the difficulty of not leaving a trace in the traditional financial system. With the invention of the blockchain and decentralized finance, this has become far easier. Decentralized finance means there’s no one place regulators can go to get the records they need.

For many legitimate users of cryptocurrency, this anonymity is a major selling point of using this method of finance. The multitude of banking scandals over the years has left some with a strong distrust of traditional financial institutions. They don’t want large institutions to be involved because they fear corruption within those organizations. People increasingly value their privacy.

Coinbase, one of the largest cryptocurrency exchange platforms, uses this as a way to market their services: “Unlike services like Venmo and PayPal, which rely on the traditional financial system for permission to transfer money and on existing debit/credit accounts, bitcoin is decentralized: any two people, anywhere in the world, can send bitcoin to each other without the involvement of a bank, government, or other institution.”

Despite the validity of people wishing to transfer money and maintain their privacy, this same feature creates a huge problem for regulators. Different departments of governments are caught between privacy and fraud prevention, with some trade-off needing to be made. It’s an unenviable choice, and one many governments are yet to take a firm stance on.

Although blockchain-based technologies have become more popular, many still don’t understand the common terms with confidence. Bitcoin and cryptocurrency are used interchangeably, as some people don’t realize there is more than one cryptocurrency. The reality is there are many competing blockchain technologies, all built on the slightly different underlying technology.

One major schism is between proof of stake and proof of work cryptocurrencies. Bitcoin was created as a proof of work, which means a huge amount of computing power is needed to maintain the system. Bitcoin uses seven times more electricity than Google’s entire operation! Proof of stake is considered a better longer-term bet because it doesn’t use as much energy. Yet this is not considered inevitable, and new technologies might emerge. Each has its own areas where it could create opportunities for scams, and it’s difficult for financial regulators to predict what will become the standard.

Beyond just cryptocurrency, there is a whole new world of crypto assets such as NFTs. As this is so poorly understood by many citizens of the web, it’s very easy for fraudsters to prey on ignorance.

Even in the non-blockchain space, there is heavy innovation in the fintech market through companies such as Wise and Venmo. It’s more difficult to truly define financial institutions and a struggle for governments to regulate what they cannot define. This issue will only intensify as there are thousands of startups all looking to disrupt finance and only limited resources for the regulators in comparison.

Can regulators fight back?

The problem for regulators extends even further. Let’s say they could create robust rules of what is acceptable and what isn’t. In a decentralized space, it’s almost impossible for them to enforce their rules. If it is deemed Bitcoin breaks the rules, there is no single entity to pursue or to hold accountable. Some countries have tried to make possession of cryptocurrency a crime but it’s hard to detect ownership by the nature of the product.

Once significant amounts of money are circulating in a cryptocurrency and reserves held by major companies across the world like Tesla, it’s unfeasible to attempt to force a reversion back to fiat currency. When over a trillion dollars is currently owned, anything to dramatically decrease the value can have huge consequences for the global economy. Regulators cannot simply ban or control crypto, so they must adapt instead.

One way for regulators to achieve this is through greater coordination between financial regulators and other law enforcement agencies across borders. A major operation took place last year, when 179 arrests were triggered as an investigation into web vendors selling on the dark web. This proves when different agencies work together, the issues around anonymity can be worked through with the combined firepower.

The early signs of the capacity for financial regulation to keep pace with the innovation in scams are not positive. The multitude of new technologies that are available for fraudsters to use and escape detection has overwhelmed the enforcement agencies, and many people have unfortunately become victims because of this.

Yet there is some hope as regulators across countries begin to team up further. What we may see is international regulatory bodies with far-reaching powers that can prevent scammers from keeping their money in places where enforcement agencies cannot reach. Technologies may emerge that allow for privacy for cryptocurrency users, but still recourse for those who think they’ve been scammed to have the money returned to them.

It’s a fast-moving and dynamic space, it’s fascinating to see who will gain the upper hand in the coming years. The battle is not over just yet. 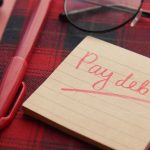 Understanding Your Credit Score and How to Make it Better 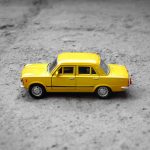