Bitcoin is designed to offer users an alternative to conventional payment methods, with the initial intention of eliminating centralized control of money from government agencies and ensuring speedy processing of transactions. The world of crypto payments has lots of benefits to offer. In this article we will explore some of the advantages of using cryptocurrencies as a payment method.

As bitcoin is a digital currency, it is very difficult for thieves to steal the currency of the holder. Hacker’s could theoretically steal a person’s cryptocurrency if they have the private keys to someone’s wallet; however, cryptocurrencies such as bitcoin have remained impervious to hacking breaches, and transactions conducted between two addresses are generally considered to be safe. Because the blockchain is stored decentrally across multiple computers, no hacker can access the entire chain in one go, meaning any information stored in it is safe for good.

Cryptocurrency allows users without access to traditional banking systems, credit cards and other methods of payment to access financial services without having to go through a centralized authority. Users who aren’t able to use traditional banking services can therefore easily make online transactions where they may not have otherwise been able to.

Cryptocurrency payments are now making inroads into the travel industry. Numerous travel companies are now opening their doors to the world of cryptocurrency payments and decentralized blockchains, including the likes of Cheap Air, Bitcoin Travel, Travala and Destinia. Travel companies such as Staysure, the UK’s largest provider of travel insurance, have also shown their interest in the currency, with the launch of their site ‘My Bitcoin Holiday‘.

One of the main benefits of using cryptocurrency for traveling is avoiding foreign exchange fees. Standard transactions involve intermediary institutions or government involvement, meaning foreign purchases will typically incur fees and exchange costs. As cryptocurrencies are decentralised, transaction costs are generally lower compared to those for bank transfers.

Conventional currencies can be vulnerable to fluctuation cycles in the economy. Cryptocurrencies offer a certain element of protection against inflation, as the price is not linked to specific government policies, giving users more autonomy over their money. Cryptocurrencies such as Bitcoin have a hard cap on the number of coins that can be mined. As the growth of the money supply outpaces the growth in bitcoin supply, the price of Bitcoin should theoretically increase, acting as a hedge against inflation.

Dealing with chargebacks can be a frustrating process, potentially resulting in revenue loss for the business. Chargebacks are when customers buy a product and cancel the payment and request a refund. With cryptocurrencies, users aren’t able to file a dispute to reverse the transaction as there is no bank or financial institution with whom the cardholder could file a dispute with, and the customer will have to dispute the transaction directly with the merchant. 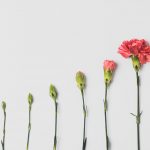 Wealthfront vs SoFi Invest vs Acorns App: Which Brokerage Account to Open? 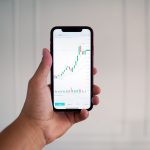 Fidelity vs SoFi Invest vs Vanguard Comparison: Which Brokerage Account to Open?