Bitcoin is a very volatile currency, as are all digital assets, and it’s hard to predict what the price will be tomorrow. Bitcoins can also be lost or stolen. If you’re debating between buying bitcoin or another cryptocurrency, diversifying is a smart move, but only if you’re willing to lose everything. Despite all the risks, there are several reasons why you should buy bitcoin and other cryptocurrencies. The first is that they’re being treated like a commodity, which means they’re subject to the laws of supply and demand. This means that if people really want it, the price will go up. Another reason is because of its use as a safe haven asset. When the stock market is down, people flock to stocks and commodities because they’re seen as a hedge against inflation. Because of this, bitcoin has become an attractive investment for many people. Of course, it’s a gamble in that you may lose all your money if bitcoin fails to rise or falls too much. Here are the benefits of buying bitcoin for long-term investment.

Bitcoin is reportedly the only currency that has survived hyperinflation and remained relatively stable. This is because of the deflationary properties of bitcoin, in which supply remains limited. Because bitcoin and other cryptocurrencies are not issued by banks, they are not subject to the whims of central banks. This means that there will be fewer inflations and crashes. Another reason why bitcoin is a good long-term investment for bitcoin is because it’s very hard to manipulate the price of bitcoins. In fact, it is so hard to manipulate the price of bitcoins that some believe that the price of bitcoins will eventually stop being volatile altogether.

Another reason why bitcoins are good investments is because they’re highly liquid. This means that you can easily convert your bitcoins into other assets such as stocks or commodities if you want to. It will be much easier to sell your bitcoins for cash if you need to, compared to selling your stocks or bonds for cash. Now, bitcoin isn’t the most liquid investment because there aren’t many places that accept it as a currency. However, that’s slowly changing as more and more merchants are starting to accept bitcoin. If you’re able to buy bitcoin, you will be able to leverage this liquid nature against a market.

Another benefit of buying bitcoins for investment is that it’s pretty cheap. There are two ways to buy bitcoin, either through an exchange or through a broker. In most cases, you have an option of paying by cash or card deposit. Currently, fees are as low as 0% when buying through a broker and around 1% when buying through an exchange. This is considered to be extremely cheap especially compared to other assets such as gold and stocks, which usually carry a 2% fee. There are also bitcoin exchanges that don’t charge fees at all. This is also cheaper than buying other assets such as gold for investment.

Another reason why you should buy bitcoins is because of their technological innovation. Bitcoin has been around for almost nine years now, and it really has changed the world in many ways. For example, you can use bitcoin to send money instantly to anyone in the world without going through a bank or paying any fees. This means that it’s now easier than ever to get your hands on bitcoins. If you’re still undecided, consider this when the index provider Standard and Poors (S&P) downgraded the US debt rating in late August, it was speculated that this could be a sign of investor pessimism over bitcoin. However, the price of bitcoins has not changed at all, and it continues to rise.

Another reason why you should invest in bitcoin is because of its minimal trading. With traditional currencies, one of the risks is that they can be devalued over time by governments printing more notes. However, that won’t happen with bitcoins because there will only ever be 21 million bitcoins mined. Because there are only a limited number of bitcoins, you can be sure that their value will never go down significantly. It’s also worth noting that the trend toward a cashless society means that bitcoin will continue to thrive in the long run. If you want to get into bitcoin trading, https://the-bitcoinmotion.com/ is an excellent resource for beginners.

It can be very hard to predict how the price of bitcoin will go, especially in the long run. However, if you’re looking for an investment that is guaranteed to increase in value, then this may be something you should consider. Buying bitcoin is a high-risk activity, but if you believe that it will work out to your advantage, then it’s worth considering. Just make sure that you don’t put all your money into it; diversify and only invest what you can afford to lose. 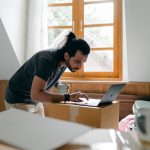 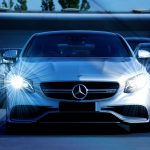 8 Tips on Purchasing a Car Amid Inflation

How Will The Digital Yuan Change Egypt’s Food Sector?

How Can Banks Succeed With Crypto

How Do Bitcoin Payments Make Everything Easy-Going?

Go Through The Process of Home-Based Bitcoin Mining

How Are People Becoming a Millionaire From Bitcoin Investment?