DoorDash vs Uber Eats Earnings Driver Comparison: Which Food Delivery App to Deliver for?
In years past, the concept of restaurant and grocery delivery was convenient, but often limited to stores that could afford to hire and keep in-house staff to work this particular service. The restaurants or grocery stores that could not afford this often found themselves at odds with those that could. Enter the side gig industry with smart phone mobile applications to connect those with a need to those who could fulfill it, and the food delivery industry, independent of restaurants and stores, was born. Services such as Uber Eats and DoorDash are standalone companies that utilize independent contractor drivers to pick up food orders and deliver them to clients who place orders using the app. If you are a driver looking to earn money with these services, DoorDash vs Uber Eats earnings, naturally you will have questions about which to choose. Some drivers work for multiple companies, but it is recommended that a new driver start with a single company and get used to the process before taking on another. But which company pays the most? Which one offers the most benefits for drivers?
Summary

DoorDash is an app-based food delivery service that specializes primarily in restaurant takeout orders and delivery. DoorDash drivers are fairly well paid for their efforts, though it should be noted that this is not the most lucrative app-based delivery service. It does, however, receive fairly steady business. According to ZipRecruiter, comparing DoorDash vs Uber Eats earnings, DoorDash drivers can expect to earn on average about $36,500 a year. DoorDash drivers make a base pay of anywhere between $2 and $10 an hour plus any tips or bonuses, which they can see before accepting an order, to understand what is the guaranteed minimum to make on that order. After completing the delivery, drivers keep 100% of the tips they earn. On the other hand, DoorDash does not offer some of the promotions that competitors do, although they do offer the occasional promotional code or feature that encourages more orders. Drivers must be at least 19 years old, pass a background check and have a valid driver’s license and operational, insured vehicle.

Uber Eats is one of the many services offered by parent company Uber, which started as a rideshare service company and branched out to other services, such as medical transportation, package delivery, and food delivery. All Uber drivers, regardless of which service they work for, are required to pass Uber’s extensive background and driving check, be at least 18 years old with a vehicle that meets Uber’s requirements, carry their own insurance, and hold a valid US driver’s license. Uber drivers tend to make more than others, owing to the brand name and recognizable services. Uber Eats drivers make around $41,100 per year, according to ZipRecruiter, in comparing DoorDash vs Uber Eats earnings.

Compared to other delivery services and what drivers earn, it is not necessarily that one service gets more business than the other, but rather that Uber Eats offers more promotional opportunities for drivers than its competitors. As such, Uber employs Surge pricing, in which services cost the client more during peak hours, as well as promotional opportunities such as Quests, in which the driver earns bonuses for completing a certain number of orders in a particular timeframe. It is also easier to decline an order in Uber Eats than in DoorDash, which allows drivers to be more judicious in the orders they accept. Uber Eats drivers also get to keep 100% of the tips they make. Uber offers certain driver perks and benefits, such as liability insurance for accidents incurred while a driver is delivering an active order and driver safety features.

Both services require new drivers to set up similar payment methods, by way of direct deposit to a bank account, which is paid out once a week, usually on Mondays, or instant cash outs to a debit card, which can be done at any time of the week, but might charge an extra fee and take a couple of days to process. The best company to work for, however, might not be the busiest one overall, but instead the one that is most active in your area, or the one that better suits your needs. Uber Eats might offer more driver bonuses and benefits, but if it is not getting a lot of use in a particular area, and DoorDash is, then DoorDash would be the more lucrative company to work for. On the other hand, all things being equal in a particular area, Uber Eats offers more benefits for drivers and more bonuses.

1. What are some factors that can influence how much a driver makes?

Time spent driving from destination to destination, time spent waiting for the pick up at the restaurant or store, and variability in tipping can all affect a driver’s overall pay per week.

2. Can drivers change their bank account information for these services?

Yes, both Uber Eats and DoorDash allow drivers to change their payment information within their respective apps.

3. Can a driver work for both of these services? 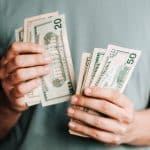 Payday Loan Debt – How to Eliminate It? 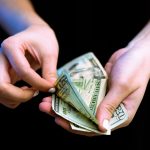