Why Are the Opinions Towards the Success of Cryptocurrency So Divided?

In 2021, cryptocurrency could make you extremely wealthy. There is also the possibility of losing all of your funds. Both might be true, but how is that possible? Investing in crypto-assets can be very risky, but it can also be highly lucrative.

In the event that you wish to directly participate in the digital currency market, cryptocurrency is a good investment, while the safer but potentially less lucrative alternative is to invest in the stocks of companies that have exposure to cryptocurrencies.

Let’s take a closer look at the advantageous and disadvantageous sides of investing in cryptocurrencies.

Risks you may have with cryptocurrencies

Several factors make cryptocurrency not entirely safe, at least right now, but other signs are pointing towards its long-term viability.

The vulnerability of cryptocurrency exchanges to hacks and other forms of criminal activity is greater than that of stock exchanges. The theft of digital currencies by these hacker groups has resulted in sizable losses for investors.

Storing cryptocurrencies securely is more complex than owning stocks and bonds. There are a variety of cryptocurrency exchanges, which allow you to exchange fiats for cryptocurrencies. Still, due to the risk of malware and hacking on these exchanges, many people do not keep their Bitcoins there.

There are some cryptocurrency holders who prefer offline “cold storage” options such as hardware wallets or paper wallets. Cold storage is not without its challenges, however. There is also a risk of losing your private key, without which access to your virtual currency is impossible.

Additionally, there is no guarantee that an investment in crypto will succeed. Cryptocurrency companies face fierce competition among thousands of blockchain projects, and many of them are nothing more than scams. Cryptocurrency projects will eventually flourish only in a small number.

Cryptocurrencies can also face a crackdown by regulators if governments increasingly view them as a threat instead of just innovative technology.

As cryptocurrencies are based on cutting-edge technology, those risks also increase for investors. It has yet to be extensively proven in real-world scenarios due to the fact that most of the technology is still in development.

In spite of the inherent risks, blockchains and cryptocurrencies are proving resilient. There is a growing demand for institutional-grade custody services as new financial infrastructure is built. Cryptoassets are gradually becoming more accessible to professional and individual investors. Thus, everyone can buy, trade, and sell virtual currencies at crypto platforms such as CEX.IO.

The growing adoption of cryptocurrency is a sign of maturation, even as it is still impacted by other factors. Many individuals and businesses are looking to gain direct exposure to cryptocurrency, as it is viewed as a safe investment for large amounts of money.

Can crypto be a good investment over the long term?

Blockchain-based cryptocurrencies such as Bitcoin and Ethereum are often launched with lofty goals that may not be achieved for a long time. It is neither guaranteed that any cryptocurrency project will succeed, nor that an investor will be rewarded for their early investments.

It is necessary, however, to achieve widespread adoption for any cryptocurrency project to be considered successful in the long run.

It is no coincidence that Bitcoin is the most widely known cryptocurrency and benefits from the network effect, meaning people are more likely to own it because it is owned by so many other people. Many investors consider Bitcoin to be “digital gold,” but it can also be used as a digital cash system.

In comparison to fiat currencies such as the U.S. dollar and the Japanese yen, Bitcoin’s supply is fixed, which makes it more valuable over time. The supply of Bitcoins is capped at under 21 million coins, while politicians can print currencies under central bank control. In a declining economic climate, investors expect Bitcoin’s value to increase.

The proponents of Bitcoin as a digital currency believe that, over the long term, Bitcoin could become a truly global currency over the next decade.

In order to gain exposure to Ethereum, investors may purchase the native currency, Ether. In contrast to Bitcoin, Ethereum is building a computing platform that supports a wide range of cryptocurrencies and a massive ecosystem of decentralized applications (“dapps”).

Because Ethereum has created a large number of cryptocurrencies and because dapps are free and open-source, Ethereum can also benefit from the network effect and create long-term value. As part of the Ethereum platform, smart contracts can be created, which are executed according to the terms written directly in the contracts’ code.

Smart contracts are executed on the Ethereum network in exchange for Ether. In addition to disrupting major industries, such as real estate and banking, smart contract technology can also create new markets.

The opinions concerning crypto are different. What’s the reason?

When it comes to technological progress and adaptation, the public as a whole is mainly uneducated. Furthermore, they do not know about the problems facing our financial system today. Consequently, even if they try to use Bitcoin, they are unable to understand it.

Even worse, most people still do not comprehend what inflation is. We can begin to understand what makes Bitcoins so valuable by starting with this step. Likewise, it would give those who have suffered hurt through their Bitcoin investments the chance to reconsider their position and embrace the democratic revolution it aims to bring quietly. 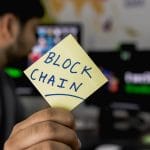 Why Companies Continue to Use Private Blockchains in 2023