Which Food Delivery App Should You Drive For?

Before on demand driver services, only a few restaurants in a given area offered delivery, and it was usually limited to the immediate vicinity. There are some people who absolutely require takeaway meals delivered because of illness or infirmary, but can’t order out from their favorite restaurants because they don’t deliver. This could be inconvenient for them. Since these services are in high demand, companies like GrubHub and DoorDash have begun providing food delivery services that are independent of restaurants.

This means that, rather than working for a specific restaurant, independent drivers pick up to-go orders and deliver them to customers who ordered the food through the app, from virtually anywhere. The idea was groundbreaking at the time, but looking back, it was long overdue. Meal delivery businesses like DoorDash and GrubHub quickly grew in popularity, and existing independent driver companies like Lyft and Uber began offering food delivery as part of their rideshare and package delivery services. But should you drive for Grubhub Driver vs Uber Eats or do you want to be a Uber Eats vs Postmates driver? If you’re interested in working as a food delivery driver on the side, which service would be the best fit for you?

All of the following services work with independent drivers to deliver food to clients ordered through the application. All of them require drivers to be at least 18 years old, hold a valid driver’s license for their area of operation, and operate a vehicle capable of delivering food in a timely manner, though on foot and bicycle delivery are allowed.

GrubHub is one of the top rated food delivery services, and has a fairly extensive reach and area of operation, though its drivers tend to make less than other food delivery services. DoorDash and Instacart drivers make more. However, despite collecting less pay than some competitors, GrubHub driver reviews are typically pretty high, and the corporate culture of the company makes it worth considering. GrubHub lets drivers schedule their own hours and drive at any time, making it one of the more flexible side gigs to work for. Drivers can also accept or decline orders without any penalty. On the other hand, the driver pay is difficult to look beyond, and many GrubHub drivers also work for other delivery services. Priority access is given to only some drivers with higher ratings, and all drivers are responsible for the majority of their own expenses, including vehicle maintenance and gas. Some drivers do not bother choosing between Grubhub Driver vs Uber Eats, they drive for both.

Uber Eats is an extension of the more popular Uber ride-share company, and is a good option for those who want to drive for the well-known Uber company, but might not be enthused at the idea of strangers in their car or working face-to-face with people they don’t know. As food delivery drivers really have to interact with clients, this might be a better option for some. Uber Eats launched in 2014, making it the second-largest meal delivery service in the United States after DoorDash. It typically focuses on restaurant delivery, and drivers are paid on order instead of at a flat hourly rate, although they can keep 100% of their tips. Drivers can also choose their own schedules and delivery methods, and they have the freedom to accept or reject orders as they see fit. The trade-off is that frequent starts and stops wear down your vehicle, and this isn’t the highest-paying option offered by Uber either.

Prior to its acquisition by Uber in 2020, Postmates operated as an independent delivery business. For example, it delivers everything from food and groceries to merchandise from a variety of different merchants. Postmates, a service that has been operational since 2011, was founded on the premise that it could deliver anything at any time. Postmates drivers must now meet the same requirements as normal Uber drivers, including passing a background check, being at least 18 years old, and driving a car that is no older than 20 years. The vehicle used must be capable of making the delivery safely and on schedule if it is transporting something other than food, such as hardware from the hardware shop. Depending on the type of delivery, Postmates drivers can earn up to $20 an hour. IN fact, many drivers do not need to choose between being an Uber Eats vs Postmates driver, they often do both.

There are certainly no shortage of options for whom to drive for if you are looking to get into the delivery side hustle. Many prefer delivery over ferrying passengers, as it does not require the driver to be sociable with strangers, make small talk, and it is also considered somewhat safer, for not having a bunch of strangers in and out of your vehicle. On the other hand, the pay tends to be lower, so many drivers work for several companies at once to give them access to a larger  number of clients. If jobs are slow on one service, many drivers swap to another. It is also not uncommon for the Uber driver to change between various Uber services as the demand for one service at a certain time of day might eclipse another.

1. Can someone who does not own a vehicle deliver for the company?

A 30-minute delivery window is all that the driver needs to be able to meet. On foot, deliveries are normally permitted if the route is walk-able.

2. Do the food delivery services provide drivers with food bags?

GrubHub provides drivers with a free insulated bag, but only after the first delivery, ironically. GrubHub also has a driver’s shop online where drivers can shop for necessary equipment, apparel, and technology. Uber Eats and Postmates do not provide a free bag for drivers, although one can be purchased. However, seasoned drivers admit that many of these companies’ bags are too small, and recommend the driver get one from Amazon before beginning work.

3. What are some downsides to delivering food and retail items?

Even though many drivers prefer delivering food to driving passengers because it’s less personal, the car still gets worn down, the driver has to pay for his or her own insurance and gas, and if the food order isn’t ready when the driver gets to the restaurant, he or she has to wait until it is. 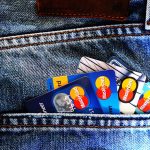 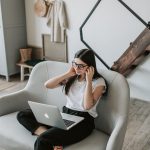 The Importance of Free Education: How Students Control Their College Budget

Entry Level Jobs You Can Do from Anywhere, Anytime

Bite Squad vs DoorDash Driver Pay: What to Expect on First Trip for New Drivers

Instacart vs DoorDash vs Shipt Drivers: What to Expect for New Drivers