Yes, this is definitely a story worth exploring. Exactly how did Nico Iamaleava go from being not even an afterthought in his home state of California to being one of the faces behind a new movement within college football punctuated with phrases such as NIL and collective? It would be wise to first explore the current process, or processes, currently used to evaluate quarterbacks in the current recruiting landscape. To properly analyze, there should be some perspective given as to why the decisions of 17 – 18 year olds where they choose to go to university is important to millions across the length and breadth of mainland U.S.A.

Why Is College Football So Popular?

Being aware of history, it has been documented that the inaugural college match was, in fact, the first official game of American Football. The first ever College Football game took place in 1869 in New Brunswick, New Jersey between Rutgers and New Jersey – later to become Princeton. For a time, college football was the only form of the game available. The National Football League (NFL), wasn’t formed until 1920 and it would therefore be some time before professional teams representing specific cities came along. The creation of the  National Collegiate Athletic Association (NCAA) in 1910 was the next step in development of, what eventually became one of its cash cows, college football. The NCAA is an organization which remits are to organize college sports tournaments and to regulate student athletes from over 1268 bodies across the United States of America.

Because college football is in essence the feeder system of the NFL, it has the carry-on effect of not only adding talent to the NFL workforce but talents that have been trained and nurtured by credible coaches and have also been promoted across the major networks in front of millions of fans.

During every offseason, the NFL franchises taking part on the road to the Super Bowl get involved with the draft pick process. The best college players who have graduated, or the best qualified underclassmen, and are ready for the first steps into pro football are made available for trade and a bidding procedure takes place.

This is an important process because even the best athletes in college football have no salary not from the schools that they represent nor from the apparel companies whose wares they adorn most Saturdays in the fall, but they are incentivized to perform at their best because they have that potential for a lucrative and life-changing, for the individual and their families, NFL contract.

As for the fans there is even more loyalty at NCAA level because it’s easier to identify with a team and stay with them for life. While the NFL operates franchises in cities that could possibly relocate if better situations present themselves, this isn’t a major factor with college football. A person could pick a team, let’s say the University of Southern California (USC) and they could essentially guarantee that their home games would always be in Southern California. They won’t have to fly to another part of the country to watch them in the future, unless it was for road or special neutral game locations.

This is essentially why college football in the United States is so popular because generally the people rooting for the team are deeply connected to that team. The supporters are generally students or alumni that studied and lived at that school for years. Which is unlike professional football where someone would just pick the team that plays nearest to them, so there isn’t really a strong connection to the team. College stadiums are filled up by mostly the student body and the countless alumni that have graduated from that college or university.

College football also could be considered a regional sport as it is more popular than the NFL in the South. This is  because for a long time that region in particular did not have professional teams until comparatively later on. In fact the first, what is considered, cities in the deep south to get teams in the NFL were Atlanta and New Orleans in the 1960s, and Dallas which got a team in 1960. So college football being the only game in town, it was able to build a significant fanbase first. A big college football game is also a huge community event as well; many of these colleges are dominant forces in their towns as most people who live in these areas are affiliated with those schools in some way.

With so many more teams the college football talent pool is much wider than the NFL and the limited age and experience of the players commonly results in a more fun game to watch. Also there is the pervading thought that players also care more, for their coaches, teammates and the name on the front of the jersey – the school (collective) – as opposed to the name on the back of the jersey – the player’s last name (individual).

So after exploring the reasons why college football is such a popular product, there should be no confusion as to why the decisions of 17 – 18 year olds where they choose to go to university can capture the attention of fanbases for months. Because of limited time for playing eligibility for the average college football player, normally 3 to 4 years, and high attrition rate because of the physical nature of the sport, replenishing a college football program’s talent base is an extremely important annual endeavor. This is why the fervor around getting a top rated talent at the most important position in the game is so often at fever pitch for most fans of college football teams in major conferences. One good signing in this department could turn around the fortunes of program for years to come and this is why a signature like one from Nico Iamaleava to a college is such a positive step for a coaching staff. How did a player from a nondescript, in terms of football talent, town like Downey, a suburb of Los Angeles, California become such a name in the recruiting circles?

How Did Nico Iamaleava Become A Top Recruit in 2023 Recruiting Cycle?

In the year from his debut on the Top247 recruiting rankings from number 77, his debut, to now at number 3 Top247 in the latest 2023 ranking list, Nico Iamaleava had put more than credible numbers as a junior at Warren High School competing in

San Gabriel Valley League from California Interscholastic Federation-Southern Section (CIF-SS). Nico threw for over 2,244 yards and 33 touchdowns against only 2 interceptions all while rushing for 158 yards and three TD at 4.9 yards per carry. He is also considered one of the best volleyball players in the nation which speaks to his athleticism as a true two sport standout which ultimately is very beneficial as participation in multiple sports can improve coordination and muscle control especially for young quarterbacks.

They would benefit from the development of all the components of neuromuscular control such as endurance, power, strength, agility, speed, flexibility and stability. And possibly the most critical aspect of Nico Iamaleava’s rise, has been his availability and play at 7 -on- 7 tournaments and at select quarterback camps. Nico had excelled at Under Armour’s quarterback camp held in Los Angeles and the Elite 11’s Nashville regional showcase showing off one of the stronger arms in the 2023 cycle, generating considerable velocity on his throws in camp settings and Nico’s play with his 7 -on- 7 team, Team Toa, has become talk amongst scouts, coaches and even other recruits. All of this has led to the University of Tennessee making Nico Iamaleava a key recruit, so much so that they made him the face of their name, image and likeness (NIL) program. Which is speculated to be valued at over 8 million dollars, all told. With all this interest, it is clear that the eyes of the college football world will be on Knoxville for the next 2 to 3 years all to witness the progress, or failure, of one Nico Iamaleava. 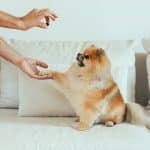 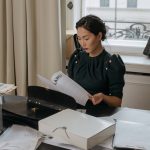 How to Answer a Lawsuit for Debt And What to Expect