A store of value refers to anything that can be saved, invested, or traded for future use and then exchanged for goods at a later date. While the concept of a store of value might seem quite straightforward for physical items such as gold, it’s much more complicated to determine if something is valuable in the digital realm. For instance, bitcoins can be spent and have a future value, but whether they’re actually worth anything at present is heavily debated. The main contention here is that given the current rate of inflation, bitcoins are not actually a store of value in the traditional sense. Instead, they’re more like an investment that’s expected to appreciate over time.

Bitcoin is a currency, so technically, it should be considered a store of value. However, since its value is affected by inflation and constantly changing supply, bitcoins are not actually useful as a medium of exchange. For example, you can spend bitcoins, but there’s no guarantee that you’ll be able to exchange those bitcoins for goods or services tomorrow. Think of gold or other physical items as a store of value. The idea is that they have intrinsic value; they’re being used up and lost to decay over time. Gold is also more stable than other monetary systems, so it is attractive to people who want to diversify their wealth by holding some form of the stable store of value.

How does a good store of value make sense?

Stores of value have a few factors that make them more attractive. The physical nature of things like gold and diamonds and the historical trend towards buying those items is a bit different from the current situation where gold and bitcoin prices are inversely correlated. However, many analysts believe that bitcoins will fare better than gold over the long term due to their deflationary nature and limited supply. The fact that bitcoins could be used to buy a wide variety of goods and services, even if it might take some time for bitcoins to become widely accepted, is another reason why bitcoin is becoming more popular.

Other factors that do not directly correlate to value have a greater influence on the price of bitcoins. For instance, there has been a recent and large spike in interest in bitcoin as a form of payment due to its increasing popularity as an investment vehicle. The more people invest in bitcoins, the fewer they will be available to spend. So even though bitcoins are being bought and sold at an ever-increasing rate, less bitcoin can be used as currency because demand is outpacing supply. The same applies to investors looking to sell their bitcoins. Currently, there are only a few investors holding the majority of the bitcoins. As demand grows, the supply will become less available.

Bitcoin as a Store of Value

The future of bitcoin is uncertain, but there are several potential scenarios that could play out. If the current rate of interest remains constant, bitcoins will eventually become impossible to use as currency. However, if more people adopt bitcoins as an investment vehicle, that may also help increase the value of bitcoins for future transactions. Some analysts believe that the current infatuation with bitcoin as an investment vehicle may be short-lived and that interest in bitcoins could eventually fade away with no long-term impact on value. However, even with a sudden fall in interest, bitcoins will always have value because of their limited supply. If a hacker created more bitcoins or the central authority responsible for issuing bitcoins decided to create more, the value of existing bitcoins would actually plummet since there would be fewer coins available.

The average price of bitcoin is the most accurate way to determine a bitcoin’s value. However, while the bitcoin price is useful, it may not be reliable or useful as a long-term store of value. Bitcoin has fluctuated wildly over the past few years. Even if the rate of inflation were to slow down, bitcoins would still lose value due to their deflationary nature. The more bitcoins that are mined, the less valuable each one becomes when compared with other currencies. Even though bitcoins are deflationary, they’re still not inflationary in the traditional sense. The current bitcoin price is all that matters when it comes to determining the value of a bitcoin, but it’s not a good measure of the asset’s worth for long-term storage and investment. Visit the Quantum AI platform to learn more about Bitcoin and its value.

Other Factors That Have Impacted Bitcoin

Bitcoin is a rather new addition to the financial world, and it’s still unclear if it’ll eventually be accepted as a mainstream form of payment. If bitcoins fail to catch on, then they could easily become obsolete and be forgotten. However, if bitcoins become more popular and accepted, their value will increase as people start using them for transactions rather than just as an investment or trading tool. Whether you see bitcoins as a digital currency or an investment vehicle may also influence how you view the value of a bitcoin.

Bitcoin’s deflationary nature is also difficult to measure. If demand for bitcoins increases and more people start buying bitcoins in the hopes of reselling them for a profit, then it may become more difficult to convert those bitcoins to other currencies. The growing interest in bitcoin over the past few years has made it even more difficult to estimate bitcoin’s fair value. Some analysts believe that the bitcoin price will soon crash, leading to a downward spiral as more people abandon it as an investment. However, if bitcoins are used as a stable store of value, they could have value even if the price doesn’t increase over time. You’ll still be able to use them to buy goods and services.

Bitcoin has the potential to be an excellent store of value, but it’s not the best currently available. It’s difficult to predict what will happen to the price of bitcoins in the future, but all you can do is wait and see where it goes. Bitcoin may become a valuable stable form of digital currency someday, but for now, its ability as a medium of exchange and an investment vehicle are much more important factors that need to be considered. 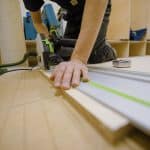 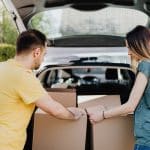 Is PCP The Cheapest Way to Finance a Car?

5 Cryptos That Crypto Whales Prefer To Buy In 2023

Era of The Content Creator NFTs, The Rise of Digital Tribalism, and Social Tokens

How Will Commercial Real Estate Transactions Change in the Future

Ethereum is Fulfilling The Mounting Digital Expectations in 2022

Digital Yuan to Gain Further Traction with Acceptance of Alipay