How Does Pokemon Go Make Money?

What is Pokemon Go?

Pokemon Go is an augmented reality game that can be downloaded to smart phones and tablets. It uses the concept and characters made popular in the Pokemon comics, TV show and movies. In the game, users compete to try and catch wild Pokemon that appear in their surroundings. The game uses GPS positioning to make animations of the Pokemon characters appear as though they are popping up in the user’s camera view. Depending on the player’s location, different Pokemon characters will appear. For example, water Pokemon are more likely to show up if a player opens the app close to a body of water.

To keep users motivated to explore new locations, the game also includes specific locations called Pokestops and Pokemon Gyms for users to seek out and visit. Pokestops are locations that are typically in public points of interest, like malls or parks. Players can visit these locations to get more Pokeballs and other useful items. Some Pokestops contain incense, which helps to lure rare Pokemon. Once a user has captured a Pokemon, they can train it to become stronger. Locations known as Pokemon Gyms are used to battle other players, win points and establish territory.

How does Pokemon Go make money?

The game generates revenue from users who want to continue playing the game after the free items they have stocked up are all used. Users can pay to get more Pokeballs, which are used to catch wild Pokemon, and other items they may need to train Pokemon and win battles. These in-app purchases help the company behind the game make money, and range in price from 99 cents up.

Nintendo is planning to expand game play to include the Nintendo Switch through two new games to be released in late 2018, called Pokemon: Let’s Go Pikachu and Pokemon: Let’s Go Eevee. Though these games will not be exactly the same as Pokemon Go, the games will center around catching Pokemon and be integrated. 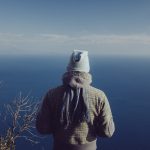 Capital One Savor Review: The Credit Card for Millennials 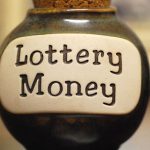 What Should You Do If You Win The Lottery?

A Definitive Guide To Video Marketing In Making Your Business Thrive

How to Make Your Logo Stand Out

Mastering Instagram Marketing For Your Business: 5 Tips to Know

Why You Should Encourage Reviews of Your Business

3 Ways to Improve Your Business Bank Relationship in 2023

The Importance of Payroll System to Businesses