The Best Places to Invest in Biden’s Economy

Now that it is becoming clearer that there will be a new administration in charge come January 21st, analysts, investors, and U.S. allies are trying to guess what the economic and political effects of the Biden administration will be. While it is important to note that the incumbent President has not yet conceded, cases filed by his campaign across the country have largely been dismissed, which means that the election of Biden as President will most likely be upheld and certified by Congress and there will be an inauguration and a new administration on the 21st of January.

Some Americans are feeling uncertainty as many people do not know what changes Biden is likely to make. For example, Trump lowered taxes for big businesses, it is unclear if Biden will increase them. It is also unclear whether the new administration will institute new market regulations and how they will affect Wall Street, investors, and the economy in general.

While there is a lot of uncertainty on the changes that the Biden presidency will implement, it’s clear that Biden is likely to deviate from many of the policies put in place by the current administration. This is because the individuals Biden is nominating for top positions in his administration, e.g. Janet Yellen, lean more toward the center. This means that any changes will likely return the country to its pre-Trump settings rather than usher in dramatic political and economic changes as some analysts are predicting.

The Dow index has recently been experiencing a surge, which is largely attributed to the Trump administration’s policies to improve the national economy. The index will most likely continue surging even after the inauguration. This is because of the optimism instilled by Operation Warp Speed – the government’s project to produce and deliver COVID-19 vaccines to every American. The project, which has led to the creation of several effective vaccines, has instilled hope that the country and the economy will return to normalcy sooner rather than later.

While the fact that several effective vaccines have been created is great news, it is not enough to support continuing with normal investment practices. A couple of safer investment bets are municipal bonds and precious metals. But this does not mean you have to run away from the stock exchange market. Because as many investors know, every change brings with it opportunity. With this information in mind, below are great places to invest in the coming Biden’s economy.

Biden has repeatedly stated that he will take the United States back into the Paris agreement on climate change. He has also stated that his administration will be investing heavily in renewable energy. Therefore, it is expected that corporations playing a role in the renewable energy sector, e.g. NextEra Energy, will most likely record increased business, revenue, and profits going forward. So it is important to consider including such types of companies in your stock portfolio. Moreover, the government will probably be adopting policies that favor electric vehicle and solar panel manufacturers. Therefore, investing in such stocks is not a bad idea.

In the coming year, the government will aim to vaccinate millions of Americans against COVID-19. This will most likely increase healthcare spending. Moreover, Biden has also vowed to make healthcare a priority in his administration. This means that there will be even more spending aimed to improve healthcare across the country. Therefore, investing in companies that are involved in the manufacture of important medical supplies and equipment, e.g. Becton Dickinson, could be a good idea.

It is possible that the new administration will increase income taxes or capital gains rates. Some will decide to move a chunk of their investments into a Roth 401k or a Roth IRA. This could boost your savings and protect part of your investments from the increased taxes.

A Quarter Richer is a personal finance blog with informative articles, clever tips and sound advice on making the most of your spending and finances. 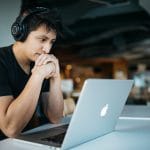 How To Save Money and Make Wise Investments Whilst at University 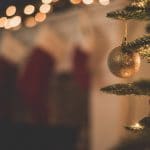 A Guide To Buying Christmas Presents on a Budget

Hunting For A Gold IRA Company: 4 Mistakes To Avoid

How to Invest in the Stock Market in 2022

The Basics of Forex Trading

How a Student Can Become a Successful Trader

Is Artificial Intelligence (AI) Taking the Place of Human Traders?

5 Charting Software Programs that Traders Should Look At