Online payments behemoth PayPal has announced that it intends to begin accepting cryptocurrency transactions at its wide range of global merchants, the firm’s president and CEO has revealed.

Rumours surrounding PayPal’s decision to accept cryptocurrencies had emerged in late March before CEO Dan Schulman confirmed the speculation to Reuters – with an official statement imminent.

The new system is expected to feature cryptocurrency checkout services where users can pay for goods and services at approved vendors using coins like Bitcoin and Ethereum. The system will likely see merchants receive equivalent funds directly in local fiat currency after the coins are subject to a quick transfer at the time of scale.

The move is likely to see the cryptocurrency market gain a widespread boost with PayPal’s accommodation signifying another step towards adoption, but the payments giant itself may also benefit from capitalising on a prosperous year by taking a chance on crypto.

PayPal’s decision to facilitate cryptocurrency payments comes at a time when wallet holders are continuing to grow at a significant rate.

While Bitcoin has had an impressive 2021 so far, it’s not the first time that the cryptocurrency has gone on a seismic rally. In 2017 when the cryptocurrency charged to nearly $20,000 in value, the coin ultimately reset while adoption continued to accelerate. This time, adoption rates have accelerated further as the coin has charged past its old all-time highs to values in excess of $60,000 – bringing with it far greater institutional acceptance, investment, and consumer confidence.

With around 70 million cryptocurrency wallet users active today, PayPal is opening a significant portion of the market to its 29 million merchants.

The news about PayPal’s acceptance of crypto payments follows on from Tesla CEO Elon Musk announcing that the company will now be directly accepting Bitcoin from consumers looking to purchase cars.

Furthermore, the car manufacturer announced in February that it had invested $1.5 billion in Bitcoin, establishing a greater level of investor confidence and catapulting the cryptocurrency to new record high values.

It’s likely to be the intention of PayPal to address consumer concerns about the volatility of the cryptocurrency by the settling transaction in fiat cash – this means that merchants will be accepting transactions that will be instantly converted from crypto into fiat cash.

“We think it is a transitional point where cryptocurrencies move from being predominantly an asset class that you buy, hold and or sell to now becoming a legitimate funding source to make transactions in the real world at millions of merchants,” Schulman explained.

PayPal will also not charge any transaction fee for people paying in cryptocurrency at the checkout – and that only one type of coin could be used with each purchase.

Bitcoin Not Yet Ready to Replace Fiat

Despite the fact that Bitcoin will soon become accepted at 29 million merchants worldwide thanks to PayPal’s accommodation, experts believe that there’s a long way to go before we’ll see people buying their morning croissants with BTC.

Writing for Bloomberg, Brian Chappatta wonders how PayPal can encourage consumers to begin using an asset that’s largely recognised as a storage of wealth as a means of making purchases.

“If you think the price is going to the moon, what’s the benefit of exchanging it for ostrich boots?,” Chappatta ponders.

Herein lies the biggest hurdle PayPal may face in facilitating cryptocurrency payments: the majority of crypto users are investors who are aiming to profit from appreciating assets, rather than picking a decentralised unit of finance in order to use to buy groceries.

In speaking to Bloomberg, Olsen said that in its current state, Bitcoin is “far too resource-intensive, far too costly and most importantly, it doesn’t preserve stability. I mean, the basic property and task for a central bank and central-bank currency is to provide stability in the value of money and in the system, and that is not done by Bitcoin.“

However, on the topic of stability and volatility, it’s important to point out that Bitcoin’s volatility has fallen significantly as adoption has risen. With the foundation of large scale institutional investors, PayPal’s opening up of the possibilities of Bitcoin may help to establish further stability that could prompt a rethink into the coin’s applications beyond that of an investment choice.

Capitalising on a Prosperous 2020

PayPal has spent much of the past year coveting Bitcoin and preparing to adopt the soaring cryptocurrency, among other coins. While some may see facilitating BTC payments as a risky move when there’s little indicating that cryptocurrency could suit consumer markets, the company appears to be using its growth in the wake of the pandemic to strategically broaden its applications.

As noted by Freedom24, the COVID-19 pandemic and subsequent global lockdowns leveraged a prosperous past year for PayPal in which the company’s Nasdaq share price more than doubled.

It’s also important to note that on October 21st 2020, PayPal announced that it was set to accommodate Bitcoin and various cryptocurrencies by setting up a service that enabled users to buy, sell and hold crypto. The company’s stock performance since this announcement and subsequent rollout of said service has shown that it maintained investor confidence and continued to grow at an impressive rate given the widespread financial uncertainty that loomed over late 2020 and 2021.

With this in mind, it seems as though PayPal and Bitcoin have forged a symbiotic relationship where both entities are capable of ensuring growth for one another. Although it may be some time before we find ourselves buying groceries in BTC, PayPal has provided us with yet another significant step towards everyday use cases for cryptocurrencies. 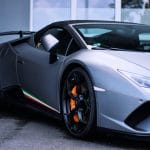 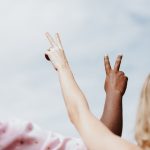 Best Way To Stake Your Cryptos Safely In 2023