South Africa’s currency, the rand (symbol, ZAR), is going through one of the most difficult periods in recent years. Due to the country’s high reliance on Chinese money from exports and the fact that South Africa is one of the world’s largest importers of oil, the rand has been sinking like a rock on foreign exchange charts. The situation poses many profitable scenarios for FX traders.

Expressed in terms of U.S. dollars (symbol, USD), the trading pair presents unique opportunities for forex (FX) enthusiasts who see more weakening of the rand. Why? Because China’s domestic economy is currently in even more hot water than South Africa’s and probably in the early stages of a major recession or depression. And, with the price of oil on the rise, South Africa’s political leaders are facing a double-whammy of sorts that won’t resolve itself soon if current trends continue.

How FX Traders Can Profit

When it comes to forex, there are dozens of ways to capitalize on down trending or up trending currencies. In the case of the rand, several key factors are already in place, like disastrous long-term economic conditions, an established record of depreciation, and clear chart formations that make for tradable positions. Even those new to FX can make good use of their time by studying a forex chart patterns guide and learning what to look for in terms of entry points, stops, and profit targets. For example, two of the most common patterns are the triangle and the head and shoulders.

Not only do both form on a regular basis on actively traded currencies, but they’re easy to identify and offer precise entry, exit, and profit taking points. People who buy and sell equities and commodities have used triangles and head and shoulders for decades. The head represents either a high or low value in between to shoulders, that are points of almost equal value on either side of the head. Once values exceed or break below the pattern, traders usually enter at that point.

Finding triangles is just as easy because they reveal themselves as a series of narrowing, successive highs and lows on the chart. Once a currency’s line breaks out of the triangle, either an upward or downward trend is said to be starting. In addition to using specific chart patterns, anyone who wants to profit from the ills of the rand can set risk reward ratios to deliver more profit than loss, use commonsense leverage strategies, maintain detailed written records of every transaction, and test pattern methods before putting them into actual practice with real money.

While it’s wise to employ time tested patterns of various kinds, those new to FX should test their theories on a simulator for several days before risking real funds. It takes a while to develop the skill of identifying patterns and figuring out what the conservative and riskier entries, stops, and profit targets are associated with each type of formation.

The placement of stops and targets is a crucial part of forex investing. Many find that a two to one risk reward ratio is a workable setting for ordinary trades. For instance, if your research leads you to believe that a particular currency pair is set to rise, a 2-to-1 risk reward ratio would cause you to set the profit target twice as far above the entry as the stop is set below it. That way, if all goes well, you stand to gain at least twice as much on a winning trade as you risk losing on it. The setting or risk reward ratios is part art and part science, so practice the technique on a simulator to get a feel for how it operates.

Most brokers offer FX account holders leverage, which allows the magnification of both profits and losses. Especially for beginners, the use of leverage can get you in trouble unless you’re conservative with the amount you choose to use. So, even if your broker offers 20:1 leverage, consider using much more modest amounts to begin with, at least until you’ve been in the forex markets for a year or longer.

The five percent rule can prevent account holders from running out of funds after just a few transactions. Even those who have been involved with FX dealing for years are sometimes tempted to place very large orders on sure things. However, that attitude is a recipe for disaster. Instead, limit yourself to never placing more than five percent (or less) of your entire account balance on a single transaction. 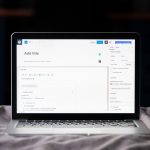 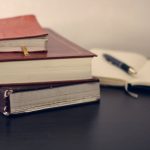 When Should You Consider Hiring a FINRA Lawyer