Tools for Finding the Cheapest Flights in 2022

The cost of everything is going up these days, and anyone who plans on traveling will need to take into account that the cost of fuel will also be driving up various prices when traveling. This goes for airfare as well, and so being able to find the cheapest flight to fit into your vacation budget might require some extra time. Of course, websites such as Kayak or Expedia claim to be able to find the cheapest flights, but the truth is, there are other resources to look at that the more traditional big names don’t even look for. But should you consider Scott’s Cheap Flights vs Dollar Flight Club, Scott’s Cheap Flights vs Next Vacay, or Scott’s Cheap Flights vs Google Flights? If you are trying to find the cheapest flight for your next vacation, consider some of the following options.

It is always best to compare prices from many different resources, and that is why it is recommended that you check availability not just at the following options, but any of your more traditional airfare sites.

Have you heard of this resource? Quite a few people have not. However, if you are a travel enthusiast looking for a way to get cheap airline tickets, give Scott’s Cheap Flights a try. The service takes into account the fact that deals on airline tickets happen literally every hour of the day, and the best way to get a good deal is to keep checking for discounts and specials. In some cases, special deals from airlines get gobbled up almost immediately, but few of us have time to spend on the computer all day refreshing a browser button hoping to get the best deals.

This is where Scott’s Cheap Flights comes in. A team of flight specialists continuously monitors the Internet for a good deal, and when they find one, they gather all the details in one place and email blast it out to subscribers. With a service like this, you don’t need to depend on a flight aggregator like Kayak, but instead simply wait for an email to land in your inbox to alert you to a good deal on flight tickets. There is a free version and a premium version, with the premium service also including text messages and no advertisements. You can custom set your departure city and price range. On the other hand, it does require you to wait for the service to contact you, which is why it might be best to continue searching on your own and use Scott’s Cheap Flights as a bolster to your own search.

Like Scott’s cheap flights, Dollar Flight Club is another flight alert service that keeps an eye out for Internet deals for cheap airline tickets and sends email and text alerts to subscribers when a good deal is found. Dollar Flight Club is a subscription-based service, where subscribers pay a one-time, annual fee for the privilege of being added to the email list. Members also have access to a members-only area that lists all of the current active flight ticket deals. This is an improvement over some other services, because if the email sent by the service accidentally ends up in your junk folder and you never see it, then you might miss out on the deal that you need. Some of the deals found by the service are rather impressive, such as $250-$400 round-trip tickets to Europe from America. Many subscribers believe that the $69 annual membership fee is worthwhile because you can recoup the cost with just the first round-trip set of tickets purchased. If you are considering Scott’s Cheap Flights vs Dollar Flight Club, look at how they differ, as the services are actually more similar than not.

Next Vacay is another flight alert service that has joined the roundup of flight deal monitoring services that are popping up all over the Internet. Next Vacay alerts you if there are sales; when competition between airlines causes a price drop in the ticket prices; or if there is an error fare or last-minute cancellation that opens up an otherwise full flight. Next Vacay functions pretty much like any other flight alert service, in that once they find a deal, they send an email out to subscribers with instructions on how to book it. Next Vacay distinguishes itself from its competitors, however, by being more choosy about the deals it offers. Instead of sending a subscriber every deal out there, they instead send only the deals that match the criteria selected by the user, such as stated preferences and departure airport. At $25 a year, the service is a bit cheaper than others, making it one of the more affordable subscriptions, especially when comparing Scott’s Cheap Flights vs Next Vacay.

When searching for flights online, many people use Google, but fewer may realize that some of the search results they receive are from Google‘s dedicated flight aggregator, Google Flights. Many people prefer this free service to other flight deal searches, simply because it integrates nicely into a regular Google search, compares flights from a variety of different airlines, and more recently, even incorporates updates about COVID-19 advisories. At a glance, Google Flights searches entire continents for flight deals and also offers at a glance various carry-on baggage policies for different airlines. Some searches allow for travelers to search flights based on preferred miles and points savings, and if the traveler is willing to be flexible about the airport they fly into, Google Flights can find deals on nearby airports that might not be in the direct vicinity but have cheaper flights being served. By turning on the “track prices” button in the Google Flights dashboard, a traveler can get an idea of historical prices for flights, and get fare alerts when a particular flight to a destination appears within a price range. Considering Scott’s Cheap Flights vs Google Flights, Google Flights is a bit easier to use.

While flight deal alert services such as these usually demonstrate good bargains, it will be up to the user to decide whether or not the alerts they receive are truly a bargain. For example, a round-trip flight to Europe that costs anywhere between $800 and $1000 is not necessarily a deal, as many flights in this price range can be had directly from the airline websites. On the other hand, a $400 round-trip flight to Europe is indeed a deal, but it might be offset by further transportation costs if the flight lands at a remote airport miles away from the city one wishes to visit. At that point, it would be necessary to rent a car or Uber, which can end up costing quite a lot itself. At the end of the day, flight alert services can be an excellent way to find a good deal on cheap flights, especially for the frequent traveler looking to optimize points and miles. Strategic use of these services and your own research is the best way to net a good deal on flight tickets.

1. Are there any special features in flight alert subscriptions that are worth considering?

Yes, some flight alert services also give seat alerts, such as the availability of discounted first class tickets.

2. Are flight tickets purchased through the services mentioned here?

The services work by keeping an eye out for deals offered by the airlines themselves, and then directing the user to the airline’s website to purchase the tickets at the discounted rate.

3. How often do flight alert services check for availability?

Most services are running their own programs with proprietary algorithms that vary the frequency based on the parameters set by the subscriber. 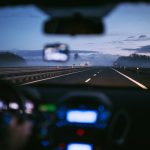 Uber Eats vs Uber Comparison: Which App is Better and Pays More? 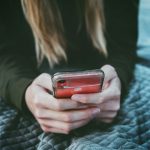 Sable vs Venmo vs Cash App vs SoFi Relay Comparison: Which Mobile Banking App is Best?

How to Handle an Unexpected Expense During the Holidays

Mint vs Tiller vs Quicken vs YNAB: Which Budgeting App to Pick?

Upside App Review: How Does Upside Work to Save You Gasoline Money?