How to Make Money on Twitch Streaming Fortnite like Ninja

As of late, Battle Royale video games have been absolutely killing it. PC video games such as, Fortnite and Player’s Unknown Battlegrounds (PUBG) have been on a tear. The PC gaming scene could not have had experienced a more rapid growth in the video game scene since MOBA favorite, League of Legends or RTS, StarCraft 2. Hunger game-like video games have been put on the spotlight recently and have garnered the attention of many musical artists like even Drake himself. Even major athletics like the NBA, Ben Simmons or Karl Anthony Towns, cannot deny finding themselves playing the game and streaming on Twitch themselves.

Ever since the PC games gained cross-platform compatibility on video game consoles, the numbers have been astronomical. According to Forbes, Fortnite have been experiencing server issues due to the popularity of the game and flood of new players. I can only imagine that a big video game publisher like Activision Blizzard is in the works of creating a similar Battle Royale video game seeing their history of creating games with proven player success. However, nothing has been confirmed officially and one can only speculate.

Who is Fortnite Legend, Ninja?

There is one streamer in particular who is the pinnacle of success for Fortnite’s latest streaming shenanigans. That individual goes by the IGN, Ninja on Twitch. Forbes recently wrote an article on how Ninja is leading the charge showcasing the game to the masses and in the process is making amazing bank. According to the piece, ‘Fortnite’ God Ninja Is Making At Least $350,000 A Month From Twitch Subscriptions alone. Twitch subscriptions is just one form of monetization. I can only imagine his revenue seeing that Ninja has multiple revenue streams he relies on.

So the question begs to be asked, how does one make money on Twitch streaming Fortnite like Ninja? It takes dedication, a lot of luck, and perseverance.

How to Start Streaming Fortnite on Twitch

The simplest solution to get started and the most popular streaming solution is to use the software, OBS. Downloading and getting started with OBS is as easy as one, two, three. The process is really straight forward and there are many YouTube and online guides that will help ensure your stream video quality renders properly. All that is required to stream is a PC with a good GPU, a decent microphone, and a preferably webcam to have an edge over other streamers. Nowadays, many video game enthusiast love spectating other peoples’ games to learn game play mechanics, tips, and even for entertainment. Viewers are invested in streamer personality. If you have an outgoing talkative personality, chances are you will have an edge over most streamers.

How to Make Money on Twitch.tv

Now you got your stream set-up, now what? Your goal is to garner enough followers to become an Twitch affiliate. By hitting a certain requirement and follower quota, you should receive an invitation to join Twitch’s affiliate program to make money off subscriptions, bits, and etc from the Twitch platform directly. Another alternative to making money off your Fortnite Twitch stream is to accept donations from Stream Labs. By accepting donations, you will be able to fund your stream and even supplement your direct Twitch revenue streams.

And that is all there is to it. The hardest road is putting in the time and dedication. Don’t expect streaming on Twitch and making a living off it to be a knock out of the ballpark. Streamers like Ninja are a rare breed and are an exception. It is best to learn from their streams if anything to help pave your road map to building a successful Fortnite stream. Not before long, who knows. You may become the next Ninja for Fortnite, like Flash for Starcraft, and Faker for League of Legends. The possibilities are endless with the huge rise in popularity for PC gaming and eSports as a whole. It is definitely an exciting time to be a PC gamer. Who would of thought you could be making money playing video games in the 21st century? 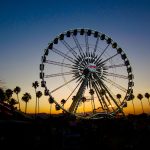 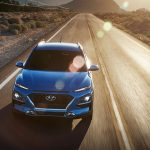