How Much Money Does Ali Wong Make a Year?

Alexandra Wong, more commonly known as, Ali Wong, was born on April 19, 1982. She was born in Pacific Heights which is a popular neighborhood in San Francisco, California, and is the youngest of four. Ali does standup comedy, writing, and is also an actress. She is remembered for her Netflix comedic specials like “Baby Cobra” and “Hard Knock Wife.” She was also a lead actress in the film “Always Be My Maybe,” which made its debut in 2019. Ali Wong was also credited as the producer and co-writer of the film.

Ali Wong is also a mainstay on the television show “American Housewife” on ABC. She has also made appearances on “Are You There, Chelsea?,” “Inside Amy Schumer,” and “Black Box.” On the sitcom, “Fresh Off the Boat,” she is credited as a writer for the show as well. In addition, she was a voiceover for the songbird and baker character Roberta “Bertie” Songthrush in the animated series “Tuca & Bertie” and also as “Ali” on the series “Big Mouth.”

Today, Ali makes most of her money from a combination of sitcom appearances and standup comedy. She has also delved into being a voiceover actress and director.

How Ali Wong got popular?

After graduating from college at the age of 23, Ali gave standup comedy a shot at the Brainwash Cafe. Having some success, she decided to move to New York City in full pursuit of a comedic career. In 2011, Ali was designated as one of the”10 Comics to Watch” by Variety. It wasn’t until after that announcement that she appeared in shows such as “The Tonight Show”, “John Oliver’s New York Stand Up Show” along with “Dave Attell’s Comedy Underground Show.”

In 2014, she landed a part on the medical drama series “Black Box.” On Mother’s Day 2016, her Netflix standup comedy special was released called “Baby Cobra.” In September 2016, Ali walked the runway during New York City’s fashion week for an Opening Ceremony’s show. The following month, she joined the main cast on the sitcom “American Housewife.” In May 2018, her next Netflix show was released called “Hard Knock Wife” and it was a success.

In 2019, Ali starred in the Netflix film, “Always Be My Maybe,” and was also a voice in the animated series “Tuca & Bertie.” In October, her book titled, “Dear Girls: Intimate Tales, Untold Secrets, and Advice for Living Your Best Life” was released. She wrote it for her two young daughters for them to navigate adulthood once they get older.

How to Start an Etsy Business and Successfully Sell on Etsy 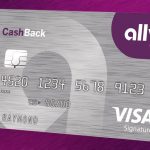 Ally CashBack Credit Card Review: Is an Ally Card Worth It?

An Increase in Female Investors in the Field of Cryptocurrency