How Much Money Does Gibi ASMR Make a Year?

The soothing sounds of ASMR have been popular on Youtube for several years. Gibi ASMR has one of the most well-known channels in this relaxing niche and her content has generated a net worth of $2.5 million.

Who is Gibi ASMR?

Gibi ASMR is a 24-year-old American woman making extremely popular ASMR (or Autonomous sensory meridian response) content. Gibi ASMR puts her whispered voice to good use with creative roleplay videos where she becomes famous characters from movies and video games. Her videos also include makeup tutorials and the use of props to make gentle sounds. Gibi ASMR’s creative approach to this Youtube genre has gained her 2.4 million subscribers who enjoy being able to relax while listening to her voice. Along with Youtube content, Gibi ASMR is also known for streaming on the popular gaming platform, Twitch.

Most of Gibi ASMR’s content is earned with ad revenue from her 500+ monetized videos on Youtube, which have a total of over 700 million views. Youtube pays the channel for every 1,000 viewers that watch an ad during the video, which definitely adds up for Gibi ASMR. Her Twitch streams contribute even more ad revenue from her many gamer fans. She also regularly accepts lucrative paid sponsorships from companies eager to promote their products on her channel. Gibi ASMR has even branched out beyond the world of internet content, by getting voiceover work for television shows.

How did Gibi ASMR get popular?

Before Gibi ASMR began making content in the relaxing world of ASMR, she was a loyal viewer. After years of using these videos to help her sleep or calm down, Gibi ASMR decided to create her own in 2016. Being a member of the community helped her come up with unique content. She started making ASMR videos that incorporated her interest in gaming, pop culture, and cosplay. Gibi ASMR’s creativity helped her stand out from other creators in her niche, especially when she was discovered by the gaming community. Along with dressing up in elaborate costumes, Gibi ASMR created detailed roleplays of popular characters. This unique angle for ASMR videos led her to quickly build an audience.

Gibi ASMR is doing so well on Youtube that she closed down her Patreon account, which previously accepted monthly donations from more than 400 fans. She gets almost 900,000 views per day and a staggering 26 million views every month. The estimated ad revenue for Gibi ASMR is around $3,800 a day, or $1.4 million a year. Along with the paid sponsorships, it’s no surprise Gibi ASMR no longer felt the need to have a Patreon account. Her creative and relaxing videos have earned her a net worth of $2.5 million.

One of Gibi ASMR’s most popular videos features her sharing the results of her 23andme DNA ancestry results with followers. She discovered that her ethnicity is 37 percent Italian and 21 percent each of French and German. 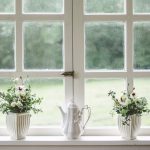 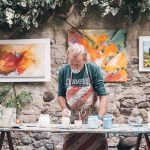 Getting Serious: How to Turn Your Side Hustle Into a Real Business