Who is Jim Sterling and what is he known for?

on January 1, 1984, James Nicholas Stanton, better known as Jim Sterling by the general public, is a video game journalist that was born in England. Although currently living in Jackson, Mississippi, he is noted as being a harsh critic, pundit, and even has established himself as a wrestler. Prior to going solo in 2014, he was a review editor for Destructoid and also The Escapist author. He currently has a series on YouTube that includes:

Jim makes most of his money through subscriptions from his YouTube channel. He has over 850,000 subscribers. In addition, he has at least 450 views year-to-date averaging 300,000 views a day from different sources. Additionally, he has a podcast called “The Jimquisition Podcast” that he does with two partners, Dunne and Laura Kate. It highlights the gaming industry through their individualized slants on how they see things. He also generates income through his Patreon account where fans can support him with a monthly amount. Currently, he consistently averages around $11,000 per month. Not too shabby.

How Jim Sterling got popular?

Jim owes much of his success to Xbox Kinect. In 2010, while still working for Destructoid, he was responsible for covering Microsoft’s E3 Press Conference where the Kinect announcement was to be made. To his surprise, he and other journalists were made to wait in a long line with no water available. He was very aggravated with this episode especially when they put white vests on each journalist and had Cirque du Soleil dance around them. Unknowingly, they began to project light onto the vests for some unapproved video package while privately learning that MTV had exclusive rights to the event.

Jim stormed and it was eventually reported, “Jim Sterling stormed out of the Kinect show in disgust.” Upon his return to his hotel, he was asked to make a presentation as a follow-up to the coverage. His response was so animated that it was interpreted as a wrestling promotion, so he explored the opportunity further where he was an introduction to wrestling.

This led to his creation of the Jimquisition, which was a video series where he shared his thoughts on the videogame industry. After really tearing into the industry itself, his popularity grew and he’s never look back.

Approximate net worth and annual pay of Jim Sterling discussed

It is noted that he has an estimated net worth of $900,000. Based on his 850,000 subscribers and averaging 300,000 views per day, his income averages about $1,200 a day which projects into a neighborhood of $440,000 per year. Additionally, Sterling has generated additional revenue through his Patreon account. This account allows fans to financially support him through monthly contributions. From this, he generates an additional $11,000 per month.

In March 2016, the developer, Digital Homicide, filed a libel lawsuit demanding $10 million in damages from Sterling. 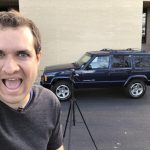 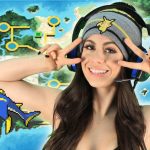