Who is Ajey Nagar (CarryMinati)?

Ajey Nagar is an Indian comedian who is famous for starting a YouTube channel named CarryMinati. His channel ranks first among all content creators on YT India, and he has more than 24 million current subscribers. Ajey’s second channel, CarryIsLive, features gaming streams and live videos.

Nagar was born in Faridabad, and he still lives there today. His videos, most of which are made in Hindi, cover a wide range of topics. He specializes in satire, and his audience loves his diss tracks.

In 2016, Ajey quit school to pursue a full-time career as a content creator. After his channels took off, however, he went back and completed his degree through remote learning courses.

How did Ajey Nagar get so popular?

It may look like Ajey hit the big time overnight, but it took him a while to become this famous. Starting when he was 10, Nagar began making YouTube videos in his spare time. He launched his main channel in 2014, but the videos he made back then were mostly gaming streams instead of comedy. In honor of the famous Indian actor Sunny Singh Deol, Ajey changed the name of his channel to CarreyDeol one year after he started it.

As he began to replace his gaming videos with more and more satire, Ajey changed the name back to CarryMinati. So as not to abandon his gaming fans, he started his CarryIsLive in 2017.

Although Ajey has been famous in India for several years, he gained international notoriety for a parody video of TikTok that he released in May of 2020. After this video went viral and took the internet by storm, he created a series of similar videos.

Ajey’s two channels have a combined subscriber base of more than 20 million users, so he should be bringing in tens of thousands of dollars per month from monetizing his views. When you add up all of his income sources and the value of his brand, his current net worth is likely between $1 million and $10 million. With that said, he does get paid in Indian currency. Thus his income as measured in USD is subject to some fluctuation.

In 2019, Ajey Nagar was named as one of TIME Magazine’s 10 Next Generation Leaders. He has also won several YT Creator Awards, including two Silver Play Buttons, two Golden Play Buttons, and one Diamond Play Button. 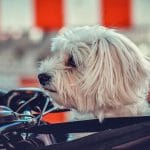 Rover Dog Sitting Review – Is Dog Walking for Money Worth it? 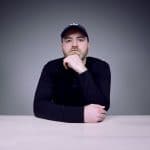