Big YouTubers are now notorious for making enormous amounts of money. But how much do they make and who’s earning the fattest paycheck?

Today we’ll reveal the top 5 richest YouTubers and how much they make. Don’t be surprised if their 6 figure salary surpasses some traditional celebrities, you know.

Coming in at number one is Ryan Kaji, an 8-year-old who runs Ryan’s World with the help of his parents. As unbelievable as it might seem, this Kid is the highest-paid YouTuber in the world.

He started making videos of him opening toys and playing with them when he was three.  Since then, his YouTube channel has grown to boast over 25 million subscribers.  One video in particular “Huge Eggs Surprise,” received over 1.9 billion views.

Over the years, Ryan has expanded his content to focus on science experiments and other fun activities. Most of his videos are sponsored by advertisers of toy companies since they have a huge impact on the toy industry.

He also receives earnings from selling his toys, clothing items, a deal with Hulu, a Nickelodeon show, and other things.

With over 50 million subscribers, Dude Perfect makes it to the second position. The channels comprise five high school friends. The friends include Garrett Gilbert, Cody Jones, Tyler Toney, and the twins’ Cory and Coby Cotton.

Their channel focuses entirely on sports. They know how to capture their audience with their great sense of humor.

They make most of their money from YouTube ads, but pretty much of their videos are sponsored. They also have their app Dude perfect, which also brings in some extra income.

Logan Paul is a popular YouTuber who has gained a huge following of fans and critics. He has been the topic of many controversies and problematic headlines.

His rise to fame comes about when he visited a Japanese forest famous for suicides, and he came across a hanging body. He filmed the dead body and made funny jokes about it.

This resulted in a huge backlash from his followers, and he even lost some. Later he apologized, and redeemed him in an epic fight with KSI. KSI won in the ring, but Logan wins money wise!

At just the age of 22 years, Jake Paul has gained an impressive sum from YouTube. He rose to fame along with his brother “Logan Paul” by making silly clips on Vine. He later created his YouTube channel, which now has over 20 million subscribers.

He makes clips, which include doing silly things, talking to stars, and making funny commentary. Although he’s as famous as his brother, Jake is loved more because of his personality. Also, he has fewer controversies.  Apart from sponsorship from YouTube, he also does corporate gigs and sells his merchandise.

With over 107 million subscribers, Anastasia Radzinskaya, a Russia-born YouTuber, is one richest Kid in her age bracket. Also known as “Stacy” or “Nastya,” the 5-year-old captures her audience with videos featuring her and her father playing.

Her videos encompass all sorts of fun from Halloween costumes to day trips to the beach. She earns her revenue from selling children products; YouTube ads, partnerships with corporates, and other things. 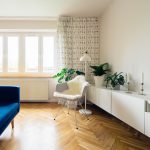