Who is Azzyland and what is she known for?

Born on February 23, 1991, Azra Bajrami, also known as Azzyland or just Azzy, is a famous YouTuber from Toronto, Canada who is mainly known for her gaming videos. Azzy began cosplaying in 2014, and since then, has gained a huge following of more than 1.6 million fans on her Instagram account and over 9 million subscribers on her YouTube channel. In 2019, Azzyland was ranked by YouTube as one of the world’s top ten YouTubers with the most views and because she was the only female on the list at the time, she was the number one most viewed female on the platform.

Azzyland makes her money from monetizing on YouTube. Her Azzyland YouTube channel has earned her 3,268,800 followers and over 709 million video views as of March 2018 and YouTubers make around $2-$7 per 1000 monetized views where monetized views range from 40% – 80% of the total views. In addition, Azzy generates even more earnings from YouTube red viewers as well. These viewers pay a monthly fee to watch premium content. She also makes some of her earnings from the Google Preferred program where companies target ads played on the top 5% of the most popular YouTube videos.

At the age of just seven years old, Azzy received her first video game as a gift, called “The Legend of Zelda: Ocarina of Time” as watching her family members play video games made her develop a passion for playing games. This is what led to Azzy gaining international fame as a cosplayer. Azzy began traveling to conventions all over the world as an official Cosplay guest meeting fans, showcasing her creations, and speaking at panels.

After her Cosplay gained global attention, Azzy landed an interview on a popular YouTube channel where she was offered a full-time job working for a popular celebrity biography channel as the co-host of “Before They Were Famous”. This is what made her realize how much she loved creating her own videos for YouTube, and therefore, she created her own channel.

Approximate net worth and annual pay of Azzyland

Azzyland currently has a net worth of $7 million. According to Social Blade, her monthly earnings are estimated at $23.8k to $381k and her estimated annual earnings are from $285.7k to $4.6M. As of 2019, she has more than 10 million YouTube subscribers and more than 3 billion views with an average of 4.4 million views from various sources in just one day.

Due to her fame and recognition, Azzy was invited to attend a large gaming conference in Los Angeles. It was during the after party of the event that Azzy met Jordi Van Den Bussche, also known as Kwebbelkop. The two instantly took a liking to each other and been dating ever since. Although they tried to keep their private life a secret when Azzy went to visit him in Amsterdam the news got out.

The couple currently lives together in Spain and adopted a cat named Zorro. 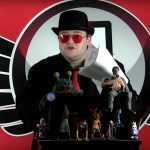 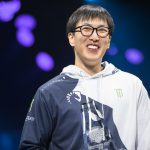