The Net Worth of "theRadBrad," the YouTuber

Bradley Lamar Colburn is a YouTuber who has established a well-known online alias of theRadBrad. He was born on February 10, 1987, in Atlanta, Georgia. His greatest creation was the establishment of walk-throughs on video games. According to Susan Wojcicki, YouTube’s Chief Executive Officer, Bradley is one of their “top gaming creators” while gaining interviewing interest by many of the publications based upon his online activity opening in 2010. Bradley has been interviewed by such publications as Rolling Stone, VentureBeat, and Watch Dogs.

While sustaining immense popularity, it was falsely suggested that some of Bradley’s videos were owned by Scale Lab a multi-channel network. Due to this error, David Brenner, who is Scale Lab’s CEO emphatically apologize once it was discovered.

How does theRadBrad make money?

Bradley mainly derives his earnings from gaming walk-throughs and then puts them online for his viewers to see. Therefore, when a player gets to play the game, the player can just pull up one of the videos and be guided as to how to proceed. He generates additional revenue through subscriptions, personal appearances, and fan donations. In addition, he has diversified his income by selling t-shirts from his website.

While in college, theRadBrad discovered his passion for playing all kinds of videogames during a time when Modern Warfare II was dominating the world. He was constantly checking out reviews of different things online when an idea struck him. This idea led him to begin a YouTube channel in which he would give full-time attention to making it easier to understand how to proceed in a game where some players would get stuck. Due to this, he gained much notoriety, because it allowed a new player to feel confident that they can proceed even though they may not know all of the nuances and details of how to be successful in the game.

In addition, this allowed him to establish his own YouTube channel as his idea became growing in popularity by the viewing public. Today, he is known to being one of the absolute richest and highest-paid YouTubers in the world. He has had so much success, to where a 9 to 5 working schedule is just no fun.

With his 2.32 million subscribers with an estimated 56 million views, his estimated net worth is in excess of $5 million. Due to his remarkable patience and is concerning personality and tone of voice makes with his followers, his fans assist him in generating about $1.3 million after YouTube takes their cut, with it being a 45% fee. In short, he earns a lot!

To the amazement of many, theRadBrad has around 10.8 million viewers from his YouTube channel. This is absolutely phenomenal to say that all of his success began with some free time while in college and just surfing on the Internet. It goes to show you what passion, desire, and a sincere work ethic can produce. 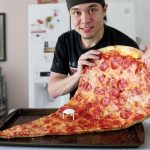 How Much Money Does Matt Stonie Make a Year? 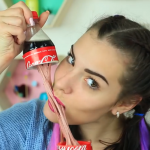