Who is Garrett Mitchell (Cleetus McFarland)?

Garrett Mitchell is a world-famous YouTube content creator who runs the popular channel Cleetus McFarland. He is originally from Omaha, Nebraska, and is a hero to car enthusiasts everywhere. Most of his channel’s content centers around after-market modifications and new parts, but Garrett also posts regular videos with racing commentary and automotive news. Prior to starting his channel, Garrett worked as a digital marketer at 1320Video. Not surprisingly, he specialized in social media and brand management while he was there.

How did Cleetus McFarland get so popular?

Originally, Garrett started his channel as a joke among his friends when he was in his second year of law school. In fact, he came up with the name of his online pseudonym on the fly and with no market research whatsoever. The channel’s first video was a 60-second clip of Garrett standing in a dark parking lot with a beer in his hand describing a Chevrolet Camaro. Fortunately, this video did a million views literally overnight.

After several of his next videos kept going viral, he soon realized that the potential to make high income from his content was no laughing matter. Garrett subsequently dropped his other ambitions to put everything he had into his YouTube channel. In time, the channel went from only a handful of subscribers to more than 3 million. Its videos have been viewed over 700 million times in total. Given the specialized nature of the content, those are pretty impressive numbers.

Overall, he credits his success to always being authentic with his audience. While other channels try to produce glamorous videos that use all kinds of fancy editing tricks, Garrett likes to keep it simple. Some of his most popular videos have used nothing but a regular cell phone camera.

Garrett’s numerous videos have generated over 700 million views on YouTube, and his number one source of income is monetizing these views through advertising. The best channels get paid up to $7 for every 1,000 advertising views that they bring in, so these numbers alone should put Garrett’s total income from the platform in the hundreds of thousands of dollars. However, several well-known brands also sponsor his videos. Overall, we’d guess Garrett’s net worth to be north of $1 million.

Garrett regularly features his grandmother in his videos. 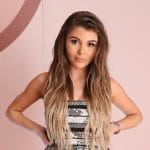 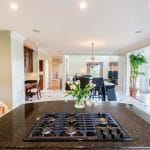 What to Know to Get a Home Improvement Loan