How Much Money Does Nigahiga Make a Year?

The popular Youtuber NigaHiga has more than 20 million subscribers across his main channel and a second channel called Higa TV. Having a huge number of fans has helped this funny Youtuber gain an estimated net worth of $10 million, making him one of the richest creators on Youtube.

Who is Nigahiga and what is he known for?

NigaHiga, whose real name is Ryan Higa, is a Japanese-American comedian and actor who started his channel in 2006. His early videos featured three close high school friends who appeared with Ryan in funny lip-synching videos and comedy sketches. Nigahiga’s channel became more of a solo act within a couple of years. He rose to popularity with a mix of parodies, songs, and pop culture commentary. His incredible popularity over the years has led plenty of people to wonder just how much NigaHiga is earning.

How NigaHiga makes his money?

NigaHiga’s content gets around 500,000 views a day from hundreds of uploads across both his channels, with an astounding total of 4.5 billion views since 2006. YouTube pays creators for every monetized view, which means any viewer that looked at an ad. While most of NigaHiga’s income comes from Youtube ad revenue, he has a diverse group of ventures beyond making videos. NigaHiga sells his loyal fans several kinds of branded merchandise, as well as an app called TeeHee that is available for iPhone and Android. Having a popular podcast called “Off The Pill” brings in plenty of additional ad revenue. NigaHiga earns even more income from appearance fees, endorsement deals, and sponsored social media posts.

How did NigaHiga get popular?

NigaHiga’s funny videos became popular through being highly shareable and going viral on social media. YouTube popularity tends to leads to more popularity, which is why NigaHiga’s status as the most subscribed channel from 2009 to 2011 lead to an explosion of attention and new fans. NigaHiga also benefitted from being involved in so many projects, including starting a K-pop boy band in 2016 called Boys Generally Asian. NigaHiga also appeared in several films, including the horror “Tell Me How I Die”. Having multiple talents and making videos with very high production value helped him stand out.

Approximate net worth and annual pay of Nigahiga

Youtube ad revenue ranges from around $2 to $7 for every 1,000 monetized views. The most popular creators are paid on the higher end of that scale, which means NigaHiga earns an estimated $2,500 a day, or $900,000 a year, from Youtube alone. Ryan also regularly accepts sponsored posts on Instagram, for which he earns between $5,000 and $8,000 for each post that goes out to his 2.4 million followers. Other sources of income, such as from the podcast, app, merchandise, and appearance fees, help to significantly increase his annual pay. NigaHiga’s earnings each year add up to between $1.6 and $1.9 million. His current net worth is approximately $10 million.

As a veteran of Youtube, NigaHiga was a pioneer in the world of professional creators. In fact, he was the very first channel on the platform to reach 3 million subscribers! 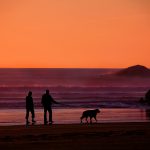 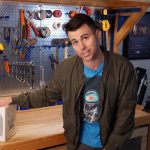