How Much Money Does Scotty Kilmer Make a Year?

Scotty Kilmer is a U.S. YouTube Personality from Texas who has his own self-made automotive channel where he uploads auto repair videos, auto Q&A videos, Car Mod show off’s, and also includes some tool giveaways.

Kilmer has been an auto mechanic for 50 years and uploads content mainly to show people how to fix their cars and how cars work.

He also received an Emmy award for “Interactive Car Talk Host” when hosting a show on CBS called, “Crank it Up”, which he hosted for ten years and published his own book in 1994, called “Everyone’s Guide To Buying A Used Car”.

Scotty Kilmer earned some of his income from the auto repair shop that he owned for more than 50 years. He also made a lot of his money on his YouTube channel he started on August 19, 2007, where he had accumulated 2.63 million subscribers and 740 million views as of 2018, which has earned him about $1.48 million. In addition, Kilmer earned from the TV show he hosted for ten years, the book he published in 1994 called, “Everyone’s Guide to Buying a Used Car”, and by selling Amazon-affiliated merchandise on his website.

How Scotty Kilmer got popular?

Born in the U.S. on October 2, 1953, Kilmer began working on cars when he was just 14 years old, while inspired by his grandfather and mentor, Elmer Kilmer. After earning his degree from the flagship institution of the University of Illinois system, Scotty launched his own auto repair business in 1979 and then started his own YouTube channel in 2007.

Approximate net worth and annual pay of Scotty Kilmer

Scotty Kilmer currently has a net worth of $7 million. An average YouTuber earns around $1.50 to $3.00 for every 1000 views and as of 2019, Scotty’s channel has more than 3 million subscribers and more than 740 million views. On a daily basis, he gets on average 1.1 million views, which should result in an estimate of $4,400 per day or $1.6 million a year in revenue from the ads that appear in his videos.

While much of his earnings came from having his own auto repair business, he now earns most of his income from his YouTube channel.

ChrisFix is also a very popular YouTuber who shows how to perform auto repairs on his channel and has even more subscribers and views than Scotty. Recently Scotty created a video in response to a video that ChrisFix made detailing how to clear coat and polish headlights. In the video, Kilmer suggests that ChrisFix was wrong and called him out on other things as well. However, Scotty went a bit too far, and rather than making a video showing he disagreed with ChrisFix, he basically disrespected him and came off as tacky. For this, Scotty got a lot of slack and later apologized. 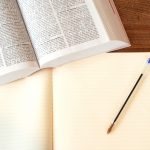 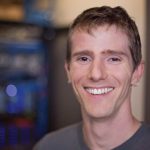 How Much Money Does LinusTechTips Make a Year?