How Much Money Does Ricky Berwick Make a Year?

Who is Ricky Berwick?

Ricky Berwick was born on April 23, 1992, in Ontario, Canada. He has a debilitating disease called Beals-Hecht syndrome. This syndrome restricts his physical. When Ricky was much younger, he took a liking to YouTube making videos. While doing this, he recognized that he was unable to gain any traction from his content, so he stepped away from the platform. But in 2016, he posted a video on Twitter. It showed him yelling while he was eating McDonald’s french fries and it inevitably went viral immediately. This video was allegedly stolen and placed on Facebook’s platform where it received several million views. In so doing, Ricky continued to upload content to Twitter due to his newfound success and came up with the idea of rebranding his YouTube channel where he was rapidly uploading successful content.

It is noted in 2018 that Ricky’s YouTube and Facebook channels each surpassed 1 million subscribers. Upon this accomplishment, Ricky has yet to look back on his struggling days. In fact, his face was more recognizable than his name due to his craziness. Over the next 18 months, he had videos spreading across three major social media platforms while updating content daily. His signature look of sticking his tongue out made him a media star.

Whether people were offended about his videos or found them hilarious, he was having tremendous success in his newfound field of entertainment without restricting himself to any comedic genre. He has paved a smooth road to fame and has barred the gates of negativity.

How Ricky Berwick got popular?

Ricky got popular simply by never giving up. He put himself on the map by showing himself yelling at a McDonald’s restaurant eating some french fries. Due to the public finding him to be so hilarious with his public shaming personality, he wasn’t afraid to put himself in the public’s eye even though he has a disease. He used his unique look to his advantage and this confidence gained him viral success overnight. What makes him so successful is that he does not care whether his videos are considered to be controversial, funny, or serious. His carefree attitude has made his face one of the most recognizable entertainers on social media. He jokingly says: maybe someday, they, meaning the fans, will learn my name.

Ricky used to own a baby bearded dragon named Flick. 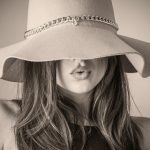 10 Top Paying Side Hustles for Women 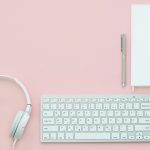