Carson King, better known by his online persona of CallMeCarson, is an American YouTuber, gamer, and comedian. His videos on the internet focus on comedy and gaming, particularly the video game Minecraft. In 2011, he posted his first official video on the internet under a preexisting gaming channel. Shortly thereafter, he began posting content under his own channel, and his videos have become extremely popular on YouTube and other social media platforms.

Carson achieved greater amounts of fame after he launched his own social media channels. His channel CallMeCarsonLive consists of videos of him and his friends playing video games such as Roblox, Minecraft, Gang Beasts, Portal, and others. He also participated in the Minecraft Survival Multiplayer Series in which he and other gamers played the game and uploaded clips of their work.

Carson also launched the UNZIPPED podcast in which he talks about topics with young adults named “The Goop Squad.” He took a brief break from social media to work on his mental health, but Carson has been active on social media since the middle of 2020 and his fame has never been greater.

The precise amount Carson earns from his YouTubing and social media work is not known, but his earnings can be inferred. Carson has over 3 million subscribers and averages about 300,000 views a day as a YouTuber. Based on ads alone, Carson may earn around $1,500 per day or $550,000 a year from his YouTube views. Carson may earn even more than this amount when considering the fact that some of his subscribers pay for YouTube Red and some of his ads may be generated from the more lucrative Google Preferred program. Some sources estimate that Carson’s annual earnings are around $700,000 to $800,000 and that his total net worth is in the millions.

Although Carson has achieved much wealth and fame in his life, he is currently only 21 years old. Indeed, he began his career on social media before he was even a teenager. 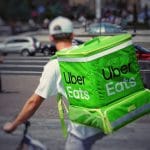