Mark Rober’s clever, science-based videos have been racking up views on Youtube since 2011. His many viral videos have helped this engineer and inventor gain a net worth of $8 million.

Who is Mark Rober and what is he known for?

Mark is a former NASA employee who now uses his remarkable engineering skills to make entertaining content for almost 10 million subscribers. If anyone can make science cool, it’s Mark Rober. He specializes in do-it-yourself gadgets, pranks, and elaborate experiments. Mark Rober is also an inventor and created the popular line of high-tech Halloween costumes, Digital Dudz. Mark Rober’s ability to combine intelligence with endless creativity has earned him both millions of fans and millions of dollars.

This Youtuber demonstrates that science pays well. Mark Rober earns most of his income from monetizing his incredibly popular videos. Youtube ad revenue ranges from $2 to $7 for every 1,000 viewers that watch an ad. Mark Rober only posts a new video once a month, but still manages to get around 35 million views every month. Mark Rober also struck gold with his invention Digital Dudz, which earned him $250,000 in just the first three weeks after being launched in 2012. One year later, Mark Rober added to his wealth by selling the innovative costume line to the British company Morphsuits.

How did Mark Rober get popular?

Mark Rober’s career began with a clever Halloween costume called “Gaping hole in torso” in which he wore two iPads, one in the front and one in the back, to create the illusion that viewers could see through his body. The video went viral, receiving over a million views the day it was posted. Mark was inspired to start making more viral videos and started racking up views by making more geeky content. From skinning a watermelon to making a snowball machine, the videos were highly shareable and got plenty of attention on social media. Mark Rober’s most well-known video “Package Thief vs. Glitter Bomb Trap” features an intricate prank, and was so entertaining that it earned 25 million views in one day.

Mark Rober earned a great payoff from selling his costume invention, Digital Dudz. But the bulk of his income comes from being Youtube royalty. His earnings from video ad revenue are estimated at $5,000 a day or $1.8 million a year. Along with having a lot of subscribers, Mark’s videos have attention-getting creativity that makes people want to share them on social media. Viral appeal and impressive science skills have helped Mark Rober become one of the wealthiest Youtube creators, with a net worth of $8 million.

Mark Rober spent 7 years working for NASA. If that isn’t cool enough, he contributed to one of NASA’s most interesting projects. Mark Rober was part of the team that sent Curiosity, a powerful little rover, to explore our distant neighbor Mars and send back data to help us learn more about the red planet. 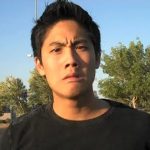 How Much Money Does Nigahiga Make a Year? 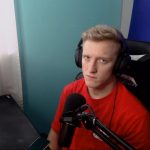