Kripparrian is a Canadian gamer who rose to popularity sharing gameplay and commentary on Youtube and Twitch. His uploads on both platforms have led to major recognition in the gaming world, as well as an estimated net worth of $1.5 million.

Who is Kripparrian and what is he known for?

Kripparrian’s real name is Octavian Morosan and he’s a professional gamer who performs at a very high level in several games. Gaming content is incredibly popular and Kripparrian’s legion of loyal viewers tune in daily just to enjoy watching him advance through each level. He rose to prominence playing World of Warcraft, Diablo 3 and Hearthstone: Heroes of Warcraft. Kripparian posts daily videos on both Youtube and Twitch.

Since starting his Youtube gaming channel in 2012, Kripparian has gained over 950,000 subscribers and achieved almost 800 million views. Monetizing his content earns him between $2 to $7 for every 1,000 viewers that watch an ad during the video. Kripparrian also makes a great income from having over a million Twitch followers tuning in for his streams. Twitch pays him ad revenue, and he earns even more from donations and subscribers that pay a fee to access his premium content. Kripparrian rounds out his revenue streams by selling fans merchandise on his personal website and accepting paid sponsorships from gaming-related brands.

How did Kripparrian get popular?

Having impressive skills helped Kripparian stand out very early in his career as a professional gamer, and he’s been able to maintain that level over time. He was initially a World of Warcraft gamer on Youtube, where he was part of the top-performing guild in the United States. Kripparian began playing Diablo 3 shortly after it was launched in 2012 and achieved the impressive feat of completing the game in one month within the hardest difficulty level. Being the first person in the world to accomplish this got him plenty of attention among Diablo 3 gamers. Kripparian went on to become even more notable for playing and streaming Hearthstone, beginning in 2013, and quickly became the most followed streamer on Twitch for that game. He’s also famous for being the season 1 champion in the RPG game Path of Exile.

Having a staggering 300,000 views a day on Youtube provides Kripparian with the bulk of his income. Approximate earnings for the channel’s monetized views are around $1500 a day, or $540,000 each year. Kripparian also gets substantial additional income from streaming on Twitch and selling merchandise to fans. Accepting paid sponsorships is another excellent source of income for him, with each deal being worth tens of thousands of dollars. In short, it’s very lucrative to consistently perform at the highest levels of the gaming world. Kripparrian’s popularity earns him approximately $750,000 a year and an estimated net worth of $1.5 million.

Kripparian is a professional night owl. He begins streaming his games every single night at 11 PM ET. Kripparian’s gameplay lasts late into the night and into the early morning, typically wrapping up around 4 AM. Apparently, his fans are night owls as well. 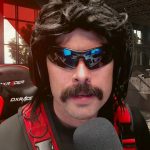