How Did Todd Chrisley Make His Money?

Who is Todd Chrisley?

Todd Chrisley is the lead of Chrisley Knows Best. It is a reality tv show on the USA network. It has been aired for five seasons and season 6 will air in September of 2018. The show is about Todd Chrisley, a real estate mogul in the south and his family. It was first produced in towns in Georgia and has recently moved to Nashville, Tennessee. The show has had mixed reviews but has been touted as the “best family reality series since Honey Boo Boo” by People Magazine.

How Does Todd Chrisley Make Money

Right now, Chrisley makes money from his television series. It is rumored that he is also about to sign a large production deal with an unknown company. His net worth is estimated to be in the negative $5 million range. He was forced into bankruptcy a few years back over a bad business deal. But he is now starting to make money back with his tv show and new business deals on the horizon.

The most recent development in Chrisley Knows Best is that it will air a 6th season in September. There is the production deal in the works. Todd is also said to be interested in pursuing a fashion line, it is not totally clear if that is in the works yet or not. As far as the gossip rags, Todd was said to recently have scared off one of his daughter’s boyfriends. It is well known that he can be a bit of an overbearing father. It is said that he has scared off every one of Savannah’s boyfriends to this date. He has very old-fashioned thinking when it comes to his children finding mates. He takes it upon himself to ensure that they are picking the best people possible for long and prosperous family lives of their own. When he is pleased with a decision, however, the entire family knows it.

Todd Chrisley made his millions on his own. He grew up in South Carolina in an average income family. Through lots of hard work and persistence, he came to the things that he has now.

At one point, his ex-sister-in-law attempted to extort him for hundreds of thousands of dollars. She claimed that she would spill the family secrets if she was not paid a large sum of cash. Todd put the kibosh on this real quick and the ex-sister-in-law ended up being arrested and taken to court. Todd shared the experience on social media by posting her mug shot and explaining what had happened.

How to Buy Ethereum on Voyager Crypto Exchange Trading App 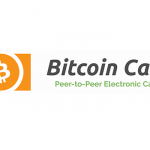